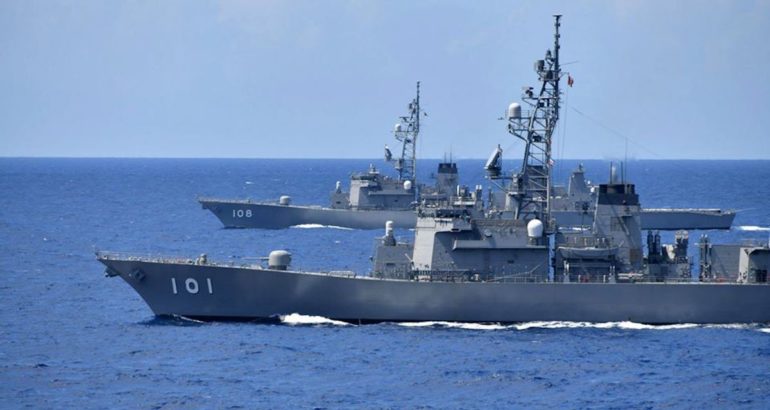 Japan plans to send one escort ship, one patrol aircraft and 270 sailors from the Maritime Self-Defense Force (JMSDF) to the northern part of the Arabian Sea to protect international merchant vessels, the Nikkei business daily said yesterday.

The Japanese government is expected to green light the deployment plan by the end of this year. The JMSDF assets will be deployed on a one-year mission that could be renewed on an annual basis. Japan said it would not join the U.S.-led coalition « Sentinel » the Pentagon is forming in the region with countries such as Australia, Bahrain, and Saudi Arabia.

According to the Nikkei daily, the Japanese plan calls for deploying one combat ship with 250 sailors and one SH-60 maritime helicopter. The vessel will coordinate with one of the two JMSDF P3C Orion maritime patrol aircraft which are currently taking part in anti-piracy operations along Somalia’s Gulf of Aden coast.

« The coming research and investigation mission falls under the Act for Establishment of the Ministry of Defense. It does not entail the firing of arms, but weapons can be used if the mission comes under attack, as allowed under the Self-Defense Forces Act, » the paper added.

The U.S.-led coalition « Sentinel » is to start in the region in late January. France decided to dispatch its own ships separately, within an initiative dubbed « European-led mission in the Strait of Hormuz » (EMASOH). As of now, the French Navy operation has been joined by the Royal Netherlands Navy, which allowed the deployment of the the frigate De Ruyter with an onboard NH90 NFH helicopter.