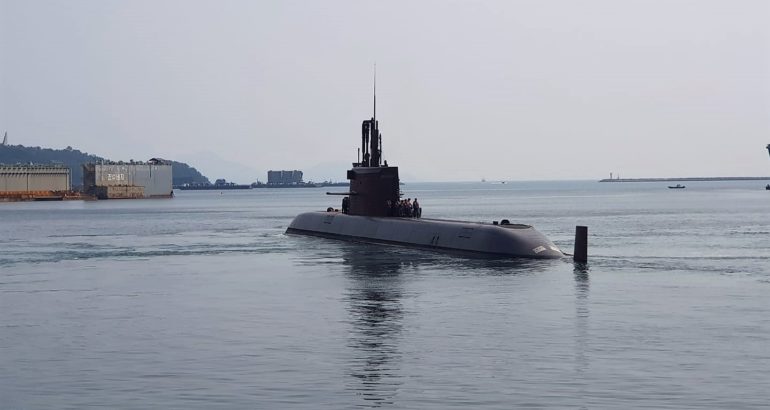 2019 has been marked by a turning point for ECA GROUP as the company successfully performed the Sea Performance Trials Test of its Steering and Diving Console (SNDC) installed onboard KSS-III – Batch 1 first submarine designed by DSME.

The project began in 2014 when ECA GROUP was chosen to deliver the SNDC for the first batch (3 units) of KSS-III’s submarine. Since then, the deliveries occurred respectively in 2016, 2018 and 2019.

The SNDC for the first submarine being delivered in 2016, the Factory Acceptance Test (FAT) was performed the same year. Three years later, in March 2019, the Setting To Work (STW) and Harbour Acceptance Test (HAT) were completed.

Finally, during the 2nd half of 2019, ECA Group’s team and DSME carried out tests on the SNDC in operational underwater conditions. These enforcement tests led to the confirmation of the performance of ECA GROUP’s Steering console as designed.

ECA GROUP’s customer is satisfied by the results and convinced of the reliability and performance of its steering consoles. The Sea Performance Trials Test being completed confirms that ECA GROUP’s SNDCs meet the requirements of its customer.

This experience is a major success for the company as it was the first time ECA GROUP achieved such tests underwater by itself and on a foreign submarine. It also confirms ECA GROUP capability to master the whole development process of steering and diving console, from conception to validation at sea.