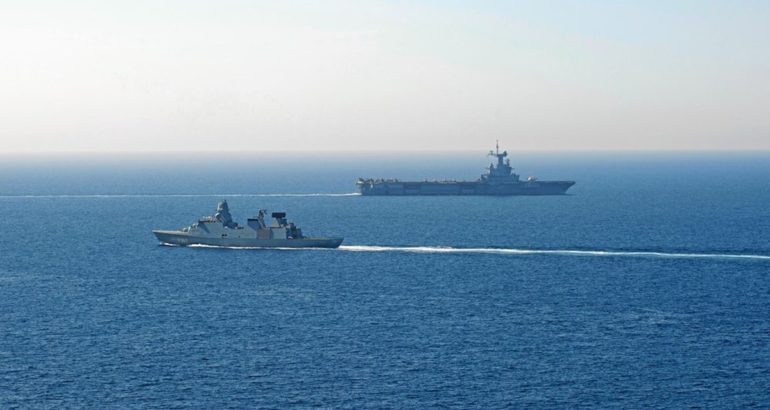 The Danish government on Feb. 20 received the support of the Foreign Policy Board to deploy the Royal Danish Navy (RDN) HDMS Niels Juel (F363) frigate into the French Carrier Strike Group (Task Force 473).

The French aircraft carrier Charles de Gaulle will enter a Danish port for the first time, as the vessel and the Danish frigate will arrive in Aarhus on March 29. The main focus will be training and exercise activities in the area of operations, which includes the North Atlantic, including the North Sea, as well as other British, Norwegian and Danish waters.

“This contribution is another step in strengthening our close cooperation with France. We work closely together for stabilization in the Sahel region, for the right to freedom of movement in the Strait of Hormuz and now joint sailing in the North Atlantic. We are united in ensuring that Europe takes on a greater responsibility. It benefits the security of Denmark and our allies and emphasizes Denmark’s very active foreign and security policy line. I look forward to welcoming a French Carrier Strike Group for the first time in a Danish port,” the Danish Foreign Minister Jeppe Kofod said.

“As one of the world’s largest maritime nations, it is important that we in the Armed Forces have strong capabilities that can contribute to safety at sea. With this participation in the French Carrier Strike Group, the Navy develops its ability to participate in complex maritime operations. The presence of the French Carrier Strike Group into the Danish water is an indication that security in northern Europe is being taken seriously. It’s about security in our immediate area. “

France invited the Danish government to contribute to the French aircraft carrier mission, which will help the RDN to develop capabilities and strengthen the ability of Danish and French naval units to participate in joint operations. The Danish contribution will consist of the Iver Huitfeldt-class Niels Juel frigate, who was part of the French aircraft carrier group in 2019, and is expected to be deployed for about three weeks from the end of March.