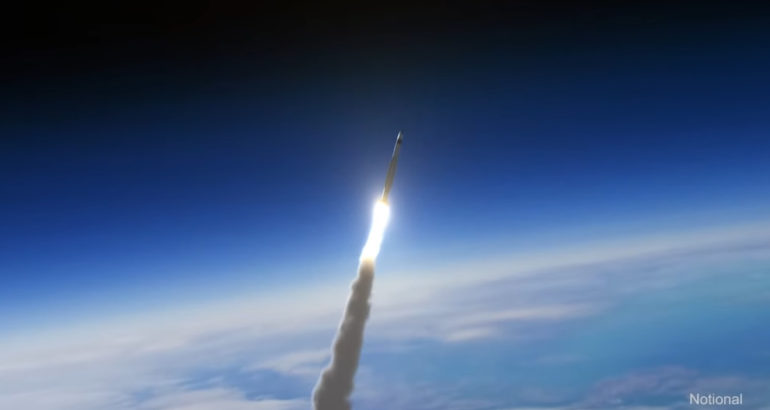 The U.S. Missile Defense Agency (MDA), U.S. Navy and Raytheon are set to put the SM-3 Block IIA through its paces by testing the interceptor against an intercontinental ballistic missile (ICBM) for the first time.

Naval News first learned about the upcoming ballistic missile defense test, which is set to take place at the end of the year, during the Surface Navy Association’s National Symposium (SNA 2020) which took place in January.

Talking to Naval News at the show, Roy Donelson, senior director of strategic & missile defense systems at Raytheon, said “We are going to participate in a test that will take on advanced threats such as an ICBM”. Donelson confirmed this will be the first ever test of an SM-3 against an ICBM target.

To learn more details about this upcoming test, Naval News reached out to the Missile Defense Agency and asked the following questions:

Naval News: When and where the test will take place ?

MDA Spokeperson Heather Cavaliere: FTM-44 is scheduled for FY20-Q3 and will be conducted in the Pacific Ocean.

Naval News: Which ICBM target will be used? An actual Trident missile, or a surrogate target simulating an ICBM?

MDA Spokeperson Heather Cavaliere: A threat representative ICBM target. The unclassified designation for this target is ICBM T2 (Type 2) and it is manufactured by Northrop Grumman.

Naval News: Will the SM-3 Block IIA be launched from land or from a ship ?

MDA Spokeperson Heather Cavaliere: The SM-3 Block IIA missile will be launched from a ship. For operational security reasons, we do not release the name of the ship involved.

According to Gunter’s Space Page, the ICBM-T2 three stage launch vehicle is based likely on a Trident-C4 stage one and two Pegasus-based stages for simulating ICBM warheads for the MDA. The target vehicle is built by Orbital ATK, now Northrop Grumman Innovation Systems (NGIS). The first stage is likely a refurbished Trident-C4 stage topped by two stages based on Orion-50 motors, similar to the IRBM-T1 target missile. The vehicle is ground launched from Meck Island on the Reagan Test Site at Kwajalein. Learn more about the MDA’s ballistic missile targets on this MDA PDF.

ICBM-T2 was previously used as target to test Ground-based Midcourse Defense (GMD) as part of the MDA’s FTG-15 and FTG-11 in 2017 and 2019 respectively.

Compared to previous variant of the missile (like the SM-3 Block IB), the Block IIA variant features a larger rocket motor and a larger kinetic interceptor. According to its developer and manufacturer Raytheon, The SM-3 interceptor is a defensive weapon the U.S. Navy uses to destroy ballistic missiles. The interceptor uses sheer force, rather than an explosive warhead, to destroy its target. Its “kill vehicle” hits threats with the force of a 10-ton truck traveling 600 mph. This technique, referred to as “hit-to-kill,” has been likened to intercepting a bullet with another bullet.

The MDA awarded Raytheon a $1 billion SM-3 Block IIA contract in December 2019. Earlier that year, the U.S. State Department approved a possible Foreign Military Sale to Japan of up to 73 SM-3 Block IIA missiles for an estimated cost of $3.295 billion.