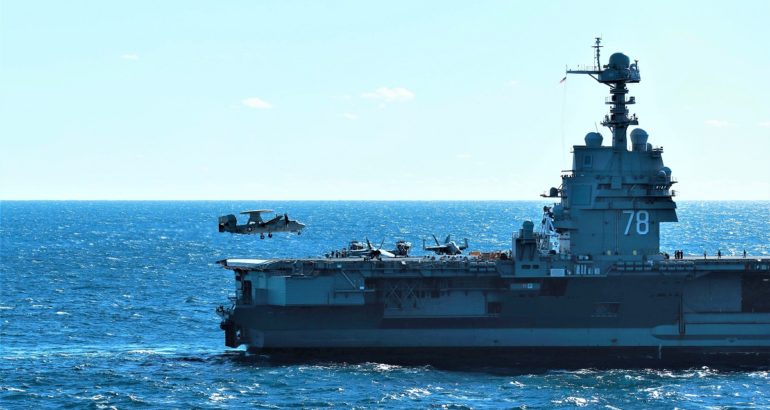 The U.S. Navy issued Aircraft Launch Bulletins (ALB) and Aircraft Recovery Bulletins (ARB) which identify the weights and engaging speeds authorized for shipboard aircraft launch and recovery, and signal EMALS and AAG are operationally safe for use aboard CVN 78.  On January 31, 2020, CVN 78 completed at-sea Aircraft Compatibility Testing (ACT) utilizing a range of aircraft for the flight deck testing, including F/A-18E/F, E-2D, C-2A, EA-18G, and T-45C, to prove EMALS and AAG can accommodate the air wing aircraft.

“EMALS and AAG can launch and recover the current air wing and any future aircraft, to provide greater flexibility than the legacy systems aboard Nimitz-class carriers. The Navy is expecting flight deck certification to take place in the coming months and will conduct a steady stream of cats and traps this year – we’re talking in the thousands – to move the ship closer to full mission capability and capacity.”

GA-EMS is delivering EMALS and AAG for the future John F. Kennedy (CVN 79) and Enterprise (CVN 80). Significant cost savings are being realized through multiple ship production contracts, which minimize gaps in production while maximizing planning, scheduling and delivery to support all three Ford-class carriers.

“The next few months are really where all the hard work comes together to intensely exercise these systems to meet CVN 78 operational objectives,” stated Rolf Ziesing, vice president of Programs at GA-EMS. “This is a very exciting time for us, generating a great deal of team pride as EMALS and AAG successfully performs. We remain laser-focused on our support of the Ford and ensuring that same success comes to fruition on the future CVN 79 and CVN 80.”