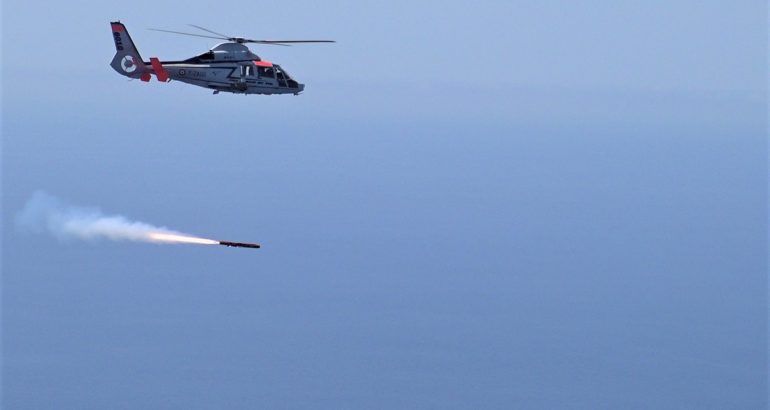 The ANL / Sea Venom is a major program of the Franco-British cooperation launched in 2014, in accordance with the commitments made in the 2010 Lancaster House bilateral treaty.

Following the developmental test firings carried out in 2017 and in 2018, this qualification test marks the achievement of a major step towards the initial operational capability (IOC) of a new anti-ship capacity in the French Navy (Marine Nationale) and the Royal Navy.

The scenario of this test was a long-range engagement with the missile flying at very low then medium altitude and the automatic acquisition of the target in the middle of the flight (Lock On After Launch – LOAL). It enabled the innovative capacity of the “man in the loop” mode to be implemented for the first time. Helicopter personnel, on board of which the image of the target observed by the missile’s seeker was transmitted, were able to modify the point of impact on the target.

In addition to the ANL / Sea Venom missile, France and the United Kingdom maintain a dense portfolio of cooperative programs, at the forefront of which are the future cruise and anti-ship weapon FCASW (FMAN / FMC) and mine warfare in the field naval (Maritime Mine Counter Measures).