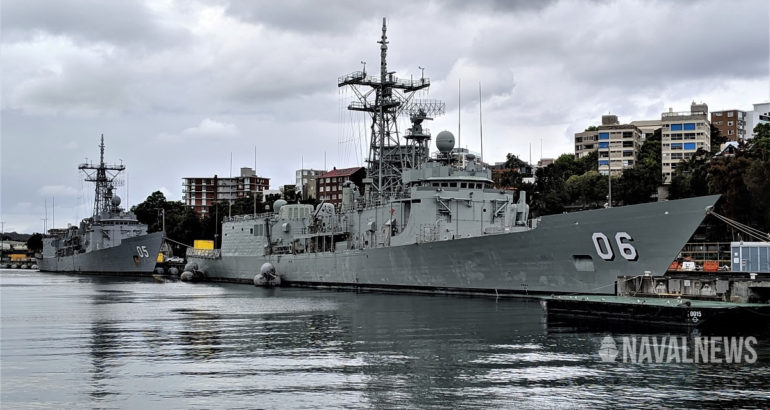 Australia officially transferred former Adelaide-class frigates Melbourne (FFG 05) and Newcastle (FFG 06) to the Chilean Navy. A commissioning ceremony took place on April 15, 2020 at the HMAS Watson naval base in Sydney.

Both ships, based on the US-made Oliver H. Perry-class frigate, were withdrawn from service in 2019 and bought (second-hand) by Chile in December 2019. They have been renamed Almirante Latorre (FFG 14) and Captain Prat (FFG 11) for the Chilean Navy service.

Both ships were purchased under Chile’s Puente IV program to replace the two ex-Royal Netherlands Navy’s Jacob van Heemskerck-class frigates built in the mid-1980s and purchased by Chile in 2005. The Chilean Navy withdrawn them from its fleet in December 2019.

The Royal Australian Navy had six Adelaide-class frigates in service, of which four were built in the United States in the early 1980s and the last two were licensed-built in Australia. The Adelaide-class was replaced by the Hobart-class AWD. Both Melbourne (FFG 05) and Newcastle (FFG 06) were withdrawn from the Australian fleet in November and June 2019, respectively. They are among the four frigates of the class that were upgraded with the addition of an eight-cell Mk 41 VLS with 32 Evolved Sea Sparrow (ESSM) missiles, and the Standard Missile SM-2 (as well as radar and sonar upgrades).

In the early 2010s, the Newcastle and the Melbourne frigates underwent modernization essentially focusing on the weapon systems with the Phalanx CIWS upgraded to the 1b standard and the installation of an additional Mk 41 vertical launcher module for the Evolved Sea Sparrow Missile.

Interest in acquiring these two frigates, which are relatively in good technical condition, has been expressed by several countries since 2017, including Poland and Greece, but they were finally bought by Chile.