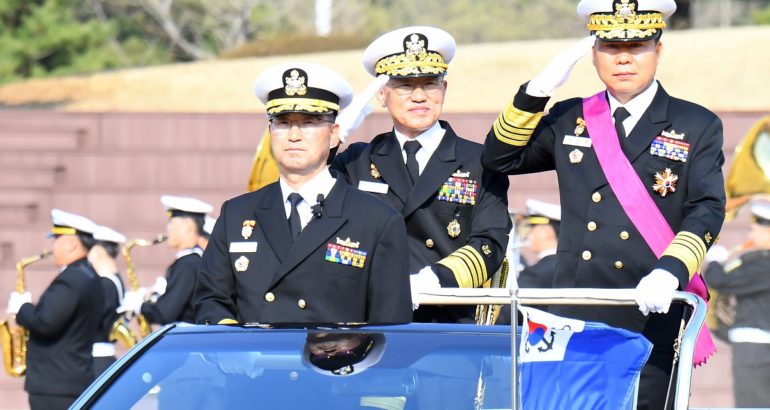 New Chief of Naval Operations for the Republic of Korea Navy

Admiral Boo Suk-jong was appointed as the 34th Chief of Naval Operations (CNO) of the Republic of Korea Navy (ROK Navy) on April 10, 2020.

Admiral Boo (부석종) became the 34th CNO of the ROK Navy, taking over the command from Admiral Sim Seung-seob.

During the inauguration ceremony, the new CNO, Admiral Boo, took over the Navy flag symbolizing command from the Minister of Justice and began official work.

“The security situation on the Korean Peninsula is changing more dynamically than ever. This a serious time to prepare for not only military threats, but also non-traditional security threats such as COVID-19. While actively pursuing the work, we will endeavor to create a trusted navy as a key axis of strong and competent security. ”

“We will build a high-tech science and technology-based naval force, and if we fight, we will build a victorious Navy and an advanced Navy” Admiral Boo added during his address.