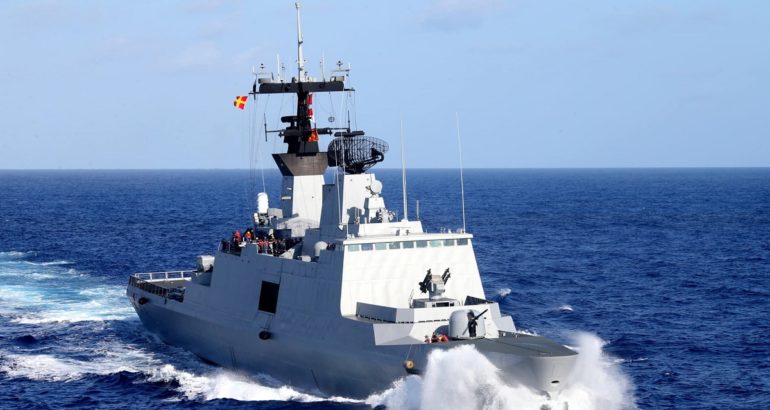 The Republic of China Navy (ROC Navy, Taiwan) has started a program to upgrade the decoy launchers aboard its French-built Kang Ding-class frigates. Following the upgrade, the DAGAIE MK2 launchers will be able to deploy next gen countermeasures which will better protect the vessels against modern anti-ship missiles.

Taiwan’s ministry of national defense announced earlier this month that DAGAIE MK2 decoy launcher upgrade kits will be procured from France for the ROC Navy’s six Kang Ding-class frigates. The budget for this procurement is in excess of 800 million yuan and has been awarded to French company DCI DESCO acting as prime contractor. DCI is a defense consultancy firm.

Naval News understands that the upgrade kits and ammunition (the decoys) will be produced in France by French countermeasure specialist Lacroix who supplied the original decoys for the DAGAIE launchers already fitted on the frigates (there are two launchers per ship).

In response to the media report stating that “Taiwan’s navy upgraded the Kang Ding-class shipboard electronic warfare jamming system to be purchased from France and awarded more than 800 million yuan today”, the ROC navy command made the following statement today:

I. the Kang Ding-class warship jamming rocket launch system of the navy is a system combined with the combat system, which can effectively improve the survival rate of ships in the face of the threat of enemy missiles.

Ii. In order to seamlessly integrate the combat forces, avoid the formation of a combat force gap, and achieve the goal of rapidly improving the combat forces, and at the same time to consider the issue of French intellectual property rights, the military, after careful evaluation, handled the “Kang Ding-class ship jamming system life extension program” in accordance with the provisions of the government procurement law to meet the navy’s operational needs, and called for the support of the people.

Lacroix’s corner reflector (CNR) decoys (SEALEM) are closing the technology gap between old Chaff solutions and the increasing CCM capabilities of Radio Frequency (RF) guided missiles. A notable breakthrough in the domain of CCMs in Anti-Ship Missiles (ASM) are millimetric wave seekers. To be able to decoy a millimetric wave seeker operating in Ka-band or above it is necessary to cut chaff to the required length in order to be tuned with the wavelength of the radar which is a real technological challenge due to the small size. CNR decoys on the other hand are broadband and are therefore effective in I, J and all the way up to K band.

In the same vein, CNR decoys have an equal polarization ratio contrary to chaff. Indeed, Chaff dipoles tend to fall horizontally which can easily be discriminated by a vertically polarized antenna.

All six frigates were built in France by DCN (now Naval Group) following a US$1.75 billion contract signed in the 1990ies between Taiwan and Thomson-CSF (Thales), acting as prime contractor. The design is based on the La Fayette-class of the French Navy.

According to the ROC Navy’s website: The main role of the Kang Ding-class is to defend the Taiwan Strait and enforce the sea borders. It can perform anti air warfare (AAW), anti-submarine warfare (ASW), escort, anti-blockade, and joint surface interception operations. The main degisn feature of the ship is its stealth design. The surface of the entire ship does not have a particularly protruding structure. Most of the deck equipment have been hidden in the ship, and its anti-ship missile launcher is also placed in the ship. The surface of the external area is also inclined at an angle of plus or minus 10 degrees to avoid complex shapes or rhomboid structures, which can disperse the radar wave and achieve the concealment effect. 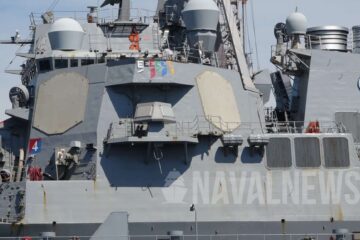