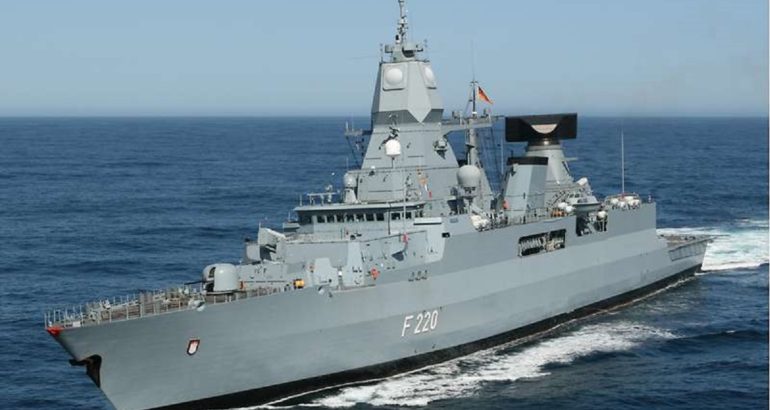 The German Navy (Deutsche Marine) announced the postponement of the long deployment of its F124 Sachsen-class frigate "Hamburg" to the Indian Ocean.

As we reported back in March, Hamburg was set to take part in a missile live-fire exercise off the Norwegian coast and then continue on a five-month training mission with stops in Reunion Island (France) and then all the way to Australia. In addition to maintaining a presence in this strategically important sea area for Germany, the main objective was to cultivate military-political relations.

According to the German Navy, the decision to postpone this cruise is mainly due to the protective measures against COVID-19. To contain the pandemic, many countries have closed their ports, including those bordering the Indian Ocean. In addition, the current infection and health protection measures mean that external contacts of the crews of naval ships and boats must be limited to the bare essentials.

Two points had previously been omitted from the air defence frigate’s annual planning: her participation in a missile shooting planned for May and a visit to her sponsor city during the Hamburg harbour birthday party, also in May.

The Indian Ocean Naval Symposium (IONS), held by the French Navy (Marine Nationale), was set to take place in Reunion at the end of June.. However, France has postponed the symposium to November 2020 due to the pandemic. IONS comprises 23 neighboring countries of the Indian Ocean and 9 observer nations. Germany has an observation role here. In connection with the IONS, the frigate was expected to take part in DEFRAM (German-French Naval Force) sea maneuver

The German Navy will send another ship to participate to the IONS in November.