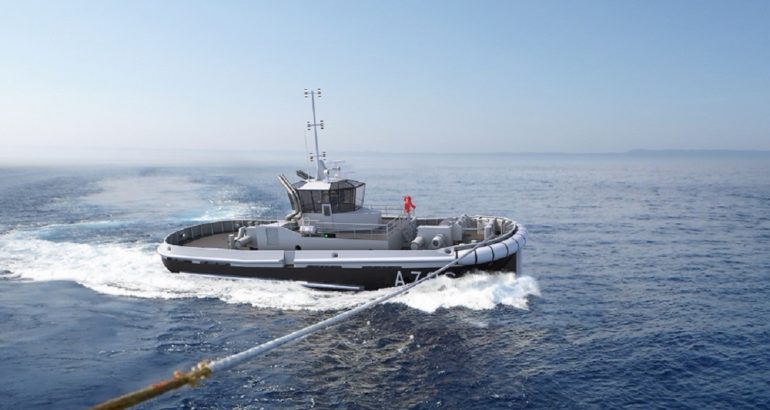 Complementary to the class of 10 and 6-tonne harbor tugs, these vessels are intended to assist French Navy (Marine Nationale) surface ships and submarines, particularly during berthing and departure maneuvers. They will replace 22 RP12 tugs and coastal tugs (RCSV type), with 12 and 26 tonnes of towing capacity respectively.

The 2019-2025 military planning law calls for the modernization of harbor resources for all French Navy naval bases.

The RP30 and RPC30 tugs are 26 meters long and 9 meters wide. Their displacement is approximately 275 tonnes. The RP30s are operated by a crew of four sailors and the RPCs by a crew of six sailors. They are adapted to the specific needs of the French Navy and the particularities of its new vessels.

The RP30s are designed to carry out operations in port areas on a daily basis, while the RPC30s have a deep-sea navigation capability with food and fuel autonomy for 5 days of mission.

These ships will be assigned to the naval bases of Toulon (7 RP and 1 RPC), Brest (6 RP and 1 RPC), Cherbourg (2 RP and 1 RPC), Fort-de-France (1 RPC) and Papeete (1 RPC). The first deliveries to the French Navy are scheduled from May/June 2022, at a rate of 4 units per year, with two prototype ships for Toulon and Brest.

The 20 new tugs will work in association with the 29 10-tonne-class tug-pushers and the 7 6-tonne-class pushers currently under construction respectively by the MERRE and CMM shipyards on one hand and the Glehen shipyard on the other hand.

The RP30 and RPC30 will be built by Chantiers Piriou in Concarneau with the participation of numerous local subcontractors. They represent an activity of about 40,000 hours per unit. Included in the 2019-2025 military programming law, this order illustrates, among other things, the support of the Ministry of the Armed Forces for the recovery of economic activity of French companies.