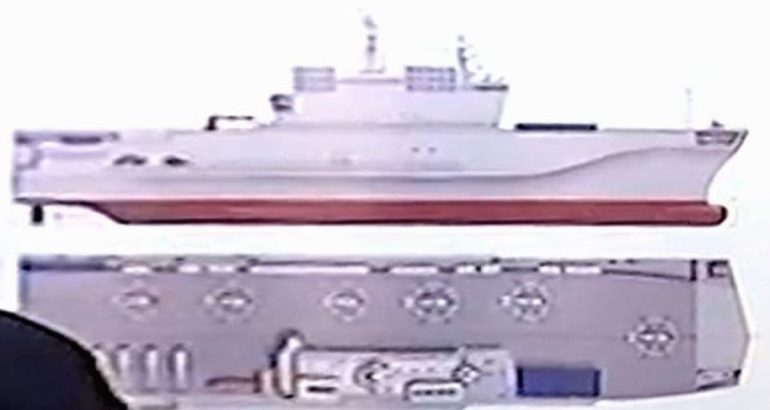 According to TASS news agency, the Russian Ministry of Defense signed a contract with the Zaliv shipyard in Kerch for the construction of the first two Russian universal landing ships (UDC) or LHD for a total amount of about 100 billion rubles on May 22, 2020. This was reported to TASS by a defense industry source.

“The contract has been signed, its total cost is about 100 billion rubles. The laying of the ships should take place in the coming weeks,” the source told TASS.

TASS does not have official confirmation of contract information. The press service of the Zaliv plant told TASS that the company was technically ready to build helicopter carriers in the interests of the Russian Navy, but noted that they did not have information about the deal and the timing of laying the ships.

The contract covers the construction of two LHDs of project 23900 developed by JSC Zelenodolsk Design Bureau (ZPKB), which is a part of JSC Ak Bars Shipbuilding Corporation (SKAB), for the Russian Navy in Kerch. The latter also controls LLC Shipyard Zaliv.

The first details on Project 23900 developed by ZPKB first surfaced during a visit of President Vladimir Putin to an exposition devoted to the future for the Russian Navy development in Sevastopol on January 9, 2020.

Based on these early images, the project looks close to the design of the Mistral-class amphibious assault ships previously ordered by the Russian Navy from France, having similar architecture and dimensions, but with somewhat larger full displacement and capacity.

We previously reported that Russia’s Defense Ministry was planning to sign a contract for the construction of the first two all-purpose amphibious assault ships by late April.