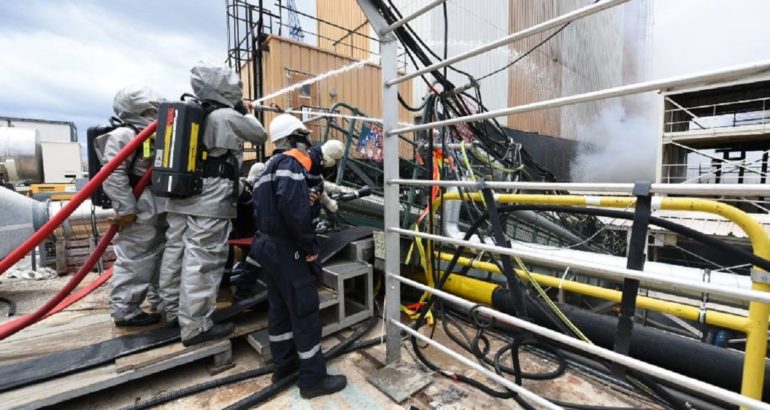 Update: Check out our newer article on the incident – Firefighters Battled the French SSN ‘Perle’ Blaze for 14 Hours

On June 12, at 10:35 am, a fire broke out in the fore zone of the French Navy (Marine Nationale) Rubis-class nuclear-powered attack submarine (SSN) ‘Perle’ in a basin within the naval base of Toulon (South of France).

The intervention of specialized teams, made up of naval firefighters from the naval base is underway under the supervision of the vice admiral (VAE) Isnard, commander of the Mediterranea maritime district. Other firefighters are on site as backups.

The submarine was evacuated and there are no wounded. There is no nuclear components on board , this having been removed as part of the technical shutdown. There are no weapons (missiles, torpedoes, ammunition) or batteries on board.

As part of its technicalshutdown initiated on January 13, 2020, the ‘Perle’ is under the responsability of the Fleet Support Service (SSF), which is the operator. Naval Group which is prime contractor is responsible for implementation.

This is the nineteenth and last project of major overhaul (interruption for maintenance and repairs – IPER) for an SSN of the Rubis-class.