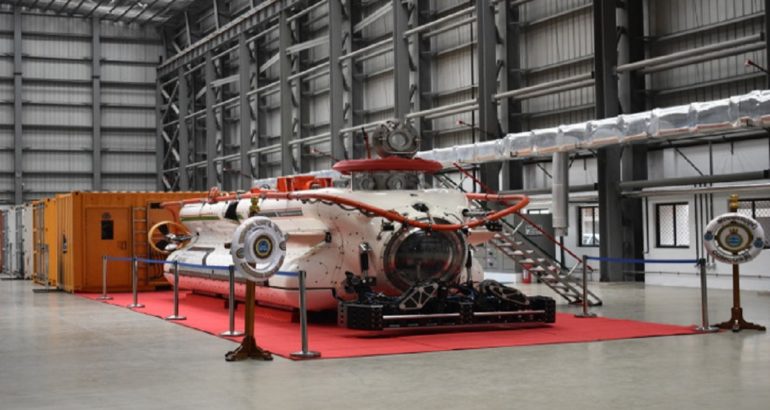 The DSRV Complex is designed to accommodate the newly inducted Submarine Rescue System with state of the art facilities to store the DSRV assets in a Rescue-Ready state.

The DSRV system consists of a Submarine Rescue Vessel, a Remote Operations Vehicle, Side Scan Sonar and associated equipment. It also has Diver Decompression Chambers and hyperbaric medical equipment to decompress submariners after being rescued from a sunken submarine. The DSRV system can be rapidly mobilised by air or road to facilitate submarine rescue operations even at distant locations.

According to its designer and producer, JDF, the DSRVs operating as part of the third generation submarine rescue systems mark a pioneering step-change in real world submarine rescue capabilities.

The vehicles have been designed with a weight that optimises maximum payload whilst safeguarding the vehicles’ transportability, a critical factor in minimising the time required to mobilise the system whilst ensuring that as many submariners as possible can be rescued at one time, maximising the chances of a successful rescue.

The DSRVs are capable of operating at greater depths than most submarine rescue vehicles, providing the crew with reassurance there is an effective and robust capability should an incident arise, even in challenging conditions and at great depth.