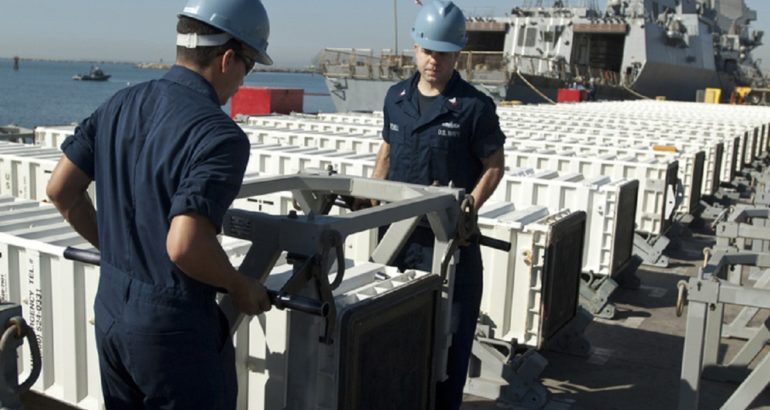 The initial contract was awarded in February with $24 million funded, followed by contract modifications of $99 million and $43 million received in March and May respectively. Options on the contract include additional canister types for future Navy production requirements.

“These canisters are a key element of the Navy’s Vertical Launching System, and our experience includes 30 years of VLS production, integration and testing to support this world-class capability. The Navy will continue to benefit from our high-quality canisters and lean, efficient operations, which translate into the best possible value for our customers.”

VLS canisters serve in a multifaceted role as containers for missile shipping and storage as well as launch tubes when loaded into the VLS. They also provide identification and firing support to multiple missile types, including the Tomahawk Land Attack Missile, Standard Missile-2, Standard Missile-3, Standard Missile-6, and the Evolved SeaSparrow Missile.

Under this latest contract, BAE Systems will produce canisters not only for the U.S. fleet but also for allied nations under a Foreign Military Sales program. Deliveries for the initial order are expected to begin in early 2021, and if all options are exercised, the contract could support the production of canisters over a five-year period, with deliveries extending into 2025.

Work on the new contract will be performed at the BAE Systems production facility in Aberdeen, South Dakota, with engineering and program support in Minneapolis.