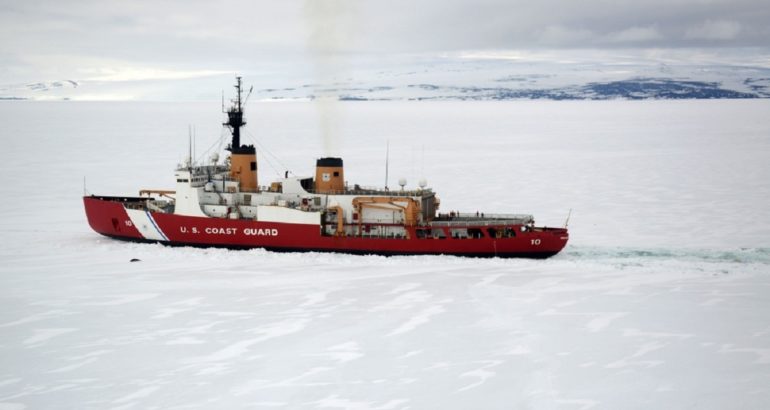 According to a memo published by the White House and signed by President Trump, new nuclear-powered ice-breakers could be procured for the United States Coast Guard (USCG) to replace those currently in service and to keep an active presence in Arctic and Antarctic regions. This program is expected to achieve operation capability by 2029.

“The United States requires a ready, capable, and available fleet of polar security icebreakers that is operationally tested and fully deployable by Fiscal Year 2029.”

The memo stipulates that “[…]This assessment shall also evaluate defensive armament adequate to defend against threats by near-peer competitors and the potential for nuclear-powered propulsion;”

Today the USCG fleet of heavy icebreakers is limited to two ageing vessels, the “Polar Star” and the “Healy”. To fill the gap of ships, assets and ressources, the memo doesn’t exclude leasing options from allied nation to procure heavy icbreakers between 2022 and 2029.

The memo demands a study for a polar security icebreaking fleet mix that consists of at least three heavy polar-class security cutters (PSC) but also medium PSCs for resource exploration and exploitation and undersea cable laying and maintenance in addition to security missions. Those PSC should be able to embark UAV; UAS and UUVs.

This memo follows the trend of other countries such as Canada, Russia, Norway, Denmark who are acquiring the necessary resources and assets to occupy a strategic position to cope with new shipping routes and to access the resources that will be freed up as a result of the melting ice.

As we reported on many occasions, Russia is currently involved in a modernization program of its arctic vessels and forces with the production of several vessels such as the “Leader”, the “Arktika” .Both are large displacement nuclear-powered vessels but non military ones. The Russian Navy however will also be getting the Project 23550 icebreaking patrol ships which can be armed with cruise missiles.