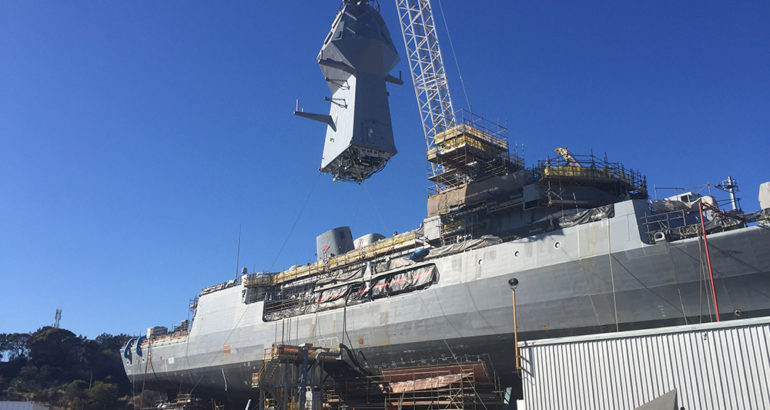 The upgrade program, known as AMCAP and being implemented by the Warship Asset Management Agreement (WAMA) Alliance, is now onto its third ANZAC-class Frigate after HMA Ships Arunta and Anzac completed the upgrade in 2019 and 2020 respectively.

“Effective search radars form an integral part of a ship’s capability and as such it is imperative the technology used in that system is the latest that’s available. The SPS-49, which is being replaced as part of AMCAP, has served the frigates well but it is important to keep pace with modern technology to maintain the robust frontline capability provided by these ships. CEA Technologies is an Australian company that has a history of working with Navy in the design and support of systems for the Anzac Class Frigates. CEA also developed the highly successful anti-ship missile defence radar known as CEAFAR which is currently installed on the frigates.”

The new 1448 mast was designed and built by BAE Systems to support the CEAFAR2-L Phased Array Radar capability, in addition to the existing CEAFAR1-S and 1-X PAR capabilities.

The Anzac Class Midlife Capability Assurance Program ensures that Anzac Class Frigates will be sustained for the remainder of their service life, allowing them to remain an effective fighting unit until they are replaced by the Hunter Class Frigate fleet.

The WAMA Alliance is a strategic partnership between the Commonwealth of Australia, BAE Systems, SAAB Australia, and Naval Ship Management Australia to deliver total asset management of the Anzac Class Frigates.