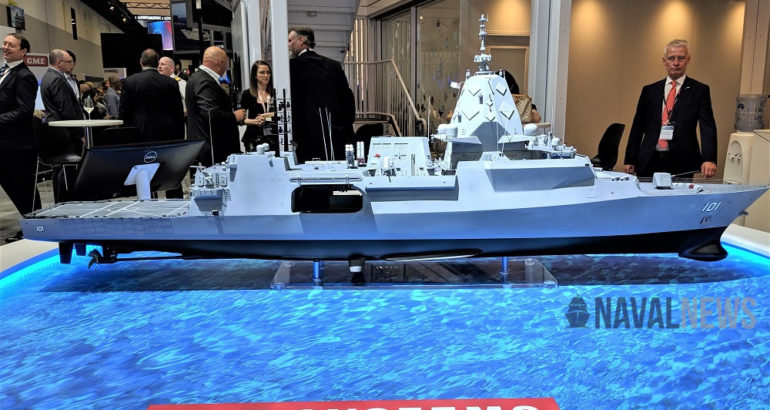 Under the $2.6 million contrac, BlueScope is set to deliver more than 1500 tonnes of steel plate which will be used to construct five ship blocks in the prototyping phase of the program. The blocks will then test processes, systems, tools, and facilities prior to construction commencing on the first of nine frigates by end 2022.

This is the first of a number of contracts ASC Shipbuilding will award to Australian businesses in the lead up to the Hunter program’s prototyping phase and realises the company’s commitment to use Australian steel for the $35 billion Hunter Class Frigate Program. During prototyping, five representative ship ‘blocks’ will be built at the world-class Osborne Naval Shipyard in South Australia. During this phase, the processes, systems, tools, facilities and workforce competencies will be extensively tested and refined before construction commences on the first frigate in 2022.

ASC Shipbuilding will design and build nine Hunter-class ships, which will be among the world’s most advanced anti-submarine warfare frigates, for the Royal Australian Navy. The Hunter-class will begin entering service in the late 2020s replacing the eight Anzac Class frigates, which have been in service since 1996.

The Hunter Class FFGs will be built in Australia by ASC Shipbuilding at the Osborne Naval Shipyard in South Australia, based on BAE System’s Global Combat Ship design (also selected for the Type 26 City-class of the Royal Navy and Canadian Surface Combatant or CSC for the Royal Canadian Navy).

According to the Royal Australian Navy, the Hunter Class will provide the Australian Defence Force with the highest levels of lethality and deterrence our major surface combatants need in periods of global uncertainty. They will have the capability to conduct a variety of missions independently, or as part of a task group, with sufficient range and endurance to operate effectively throughout the region. The frigates will also have the flexibility to support non-warfare roles such as humanitarian assistance and disaster relief.

Incorporating the leading edge Australian-developed CEA Phased-Array Radar and the US Navy’s Aegis combat management system, with an Australian interface developed by Saab Australia, the Hunter Class will be one of the most capable warships in the world.