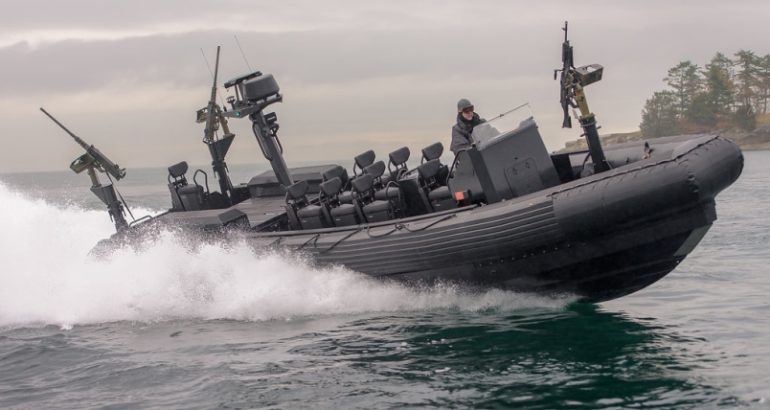 As part of this investment for the Royal Canadian Navy (RCN), a contract valued at $35 million was awarded to Zodiac Hurricane Technologies of Delta, B.C. for the acquisition of 30 new multi-role boats. These new boats will replace the rigid hull inflatable boats currently used on the RCN’s fleet of Halifax-class frigates with a more modern and operationally flexible design. This contract will result in creating or sustaining an estimated 25 jobs in Canada.

Multi-role boats are small, fast, and maneuverable vessels used by RCN ships to conduct a wide range of tasks at sea, including, search and rescue, humanitarian aid, disaster relief, and marine interdiction operations in which Canada has become a world leader. These boats will also help with improved dive support, cargo and personnel transfers, and can provide support to other Canadian Armed Forces elements. All 30 of the new boats are expected to be delivered to the RCN by spring 2024.

“Ensuring our sailors are well equipped to carry out their work is critical for maintaining the success of Royal Canadian Navy operations at home, and abroad. These new multi-role boats represent an important investment in our Navy and the women and men who serve Canada. By investing in our local communities, we help to create well-paying middle class jobs for Canadians.”

The Honourable Navdeep Bains, Minister of Innovation Science and Industry

“The multi-role boat enhances the capabilities of our sailors and strengthens the RCN. From boarding parties involved in maritime interdiction operations, to search and rescue, and humanitarian assistance and disaster response missions, these new boats will increase our capacity to carry out a range of  critical naval tasks. I am very excited for this addition to the fleet, which will ensure our Navy remains Ready to Help, Ready to Lead, Ready to Fight.”

The new multi-role boats will be approximately nine metres in length with shock-mounted seating for 12 people, increased speed, dual engine configuration, and electronic suite upgrades to its communications, navigation, and sensors.

Each Halifax-class frigate will be equipped with two multi-role boats to provide crews with increased operational flexibility while deployed. Out of the remaining six, four boats will be used for training, and two boats will be used as spares.

This contract was awarded through an open, fair, and transparent competitive process.

The Halifax-class frigates will also be equipped with new cranes to ensure they can effectively launch and recover the multi-role boats. A separate contract for the cranes was awarded on April 4, 2019.