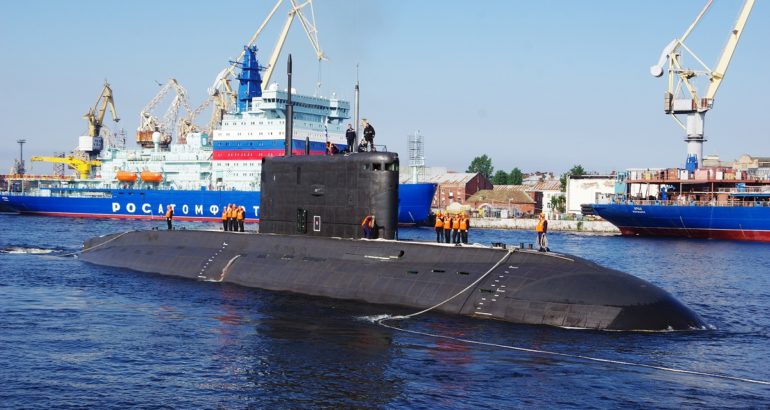 “The trials were held on June 18 — July 21. They tested the sonar, communication, life-support systems and other mechanisms. The submarine fulfilled all the planned dips. All systems and mechanisms operated normally according to the declared characteristics,”

The shipyard will prepare the Volkhov for acceptance trials in mid-August.

The Volkhov is the second of the six diesel-electric submarines built by the Admiralty Shipyard for the Pacific fleet. It was laid in July 2017 and floated in December 2019.

The Petropavlovsk-Kamchatsky lead submarine of project 636.3 for the Pacific Fleet was handed over to the Russian Navy in November 2019. The shipyard is docking three blocks of the Magadan third submarine. The blocks of the Ufa fourth submarine are to be docked in October.

The construction of the series of submarines is to be completed in 2022.

Project 636.3 submarines (Improved Kilo by NATO classification) are the third generation of diesel-electric submarines which are most noiseless in the world. They develop underwater speed of 20 knots, submerge to 300 meters and have the cruising capacity of 45 days. The crew comprises 52 men, the underwater displacement is close to four thousand tons. They carry Kalibr missiles to strike at surface (3M-54 and 3M-541) and ground targets (cruise missiles 3M-14) and have new electronic equipment.