You are at :Home»News»Raytheon-built NGJ-MB takes to the skies for EA-18G Growler flight testing 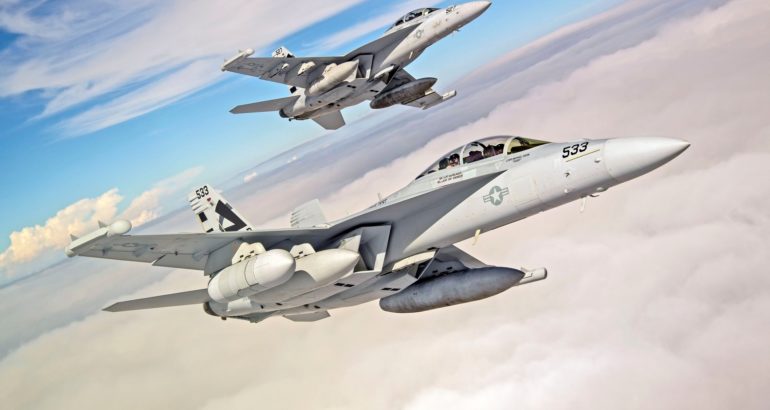 Built by Raytheon Intelligence & Space, a Raytheon Technologies business, the Next Generation Jammer Mid-Band flew on an EA-18G Growler – its first flight test on the aircraft.

The U.S. Navy’s NGJ-MB is an advanced electronic attack system that denies, disrupts and degrades enemy technology, including communication tools and air-defense systems.

“After hundreds of hours of successful ground and chamber testing, NGJ-MB’s first Growler flight test marked a significant achievement for the program toward Milestone C and IOC. It’s a testament to the technology and the collaborative efforts of the RI&S team with the Navy’s engineering, integration and test teams.”

The first flight took place August 7, 2020, at the Naval Air Station Patuxent River, Maryland, meeting all objectives. Future mission systems flight testing will demonstrate weapons system control, power generation, and electromagnetic compatibility between jammer and aircraft, as well as the performance of NGJ-MB’s high-capacity digital waveform generation and active electronically scanned arrays in flight against a variety of targets. Data from these flight tests on the Growler will inform Milestone C – the Navy’s decision to start NGJ-MB production.

In addition to mission systems testing, the program is expected to begin aeromechanical flight testing shortly to assess aircraft flying qualities and performance, following previously completed ground vibration, static load, and wind tunnel testing. These tests will also evaluate the effects of the air flow environment on the pod, as well as noise and vibration behavior.

To date, RI&S has delivered 10 EDM pods: six mission systems pods and four aeromechanical pods. A total of 28 pods will be delivered under the EMD contract.