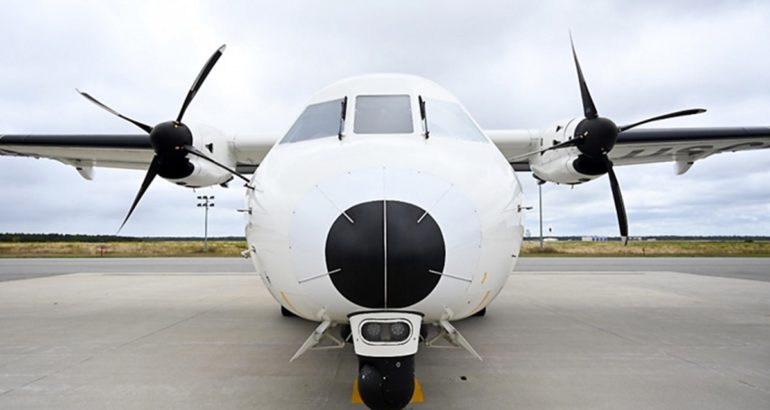 The modifications were completed at the Aviation Logistics Center in Elizabeth City, North Carolina. The OSR project upgrades the aircraft with a new flight management system, which manages communication control, navigation and equipment monitoring. After the OSR upgrade is completed, each aircraft is redesignated as an HC-144B.

Completion of missionization and upgrade of a ninth HC-144 is scheduled by the end of November. The service plans to upgrade each of the service’s 18 HC-144s by 2022.

Based on the CASA/IPTN CN-235 transport aircraft, the HC-144 Ocean Sentry has an endurance of more than 10 hours and an extensive sensor capability that helps the Coast Guard fulfill its maritime patrol, drug and migrant interdiction, disaster response, and search and rescue missions more effectively.

The Ocean Sentry is particularly effective at locating objects in large search areas and vectoring other military, government and first responders to these locations. The aircraft has the capability to perform aerial delivery of search and rescue equipment, such as rafts, pumps and flares. Also, with its sophisticated command and control system, it can serve as a platform for an on-scene commander during homeland security missions.

The Ocean Sentry also features a rear ramp that allows crews to quickly reconfigure the aircraft for varied operations, including command and control, medical evacuation or passenger transport.

The Coast Guard is upgrading its HC-144A fleet to improve mission effectiveness and situational awareness through the Ocean Sentry Refresh project. Each aircraft will receive a new cockpit control and display unit, used in flight management as the primary avionics computer for communication control, navigation and equipment monitoring. Upon completion, each aircraft is redesignated as an HC-144B.

Minotaur incorporates sensors; radar; and command, control, communications, computers, intelligence, surveillance and reconnaissance equipment and enables aircrews to gather and process surveillance information that can be transmitted to other platforms and units during flight. The system was originally developed by the U.S. Navy and is used across multiple Defense and Homeland Security department platforms.