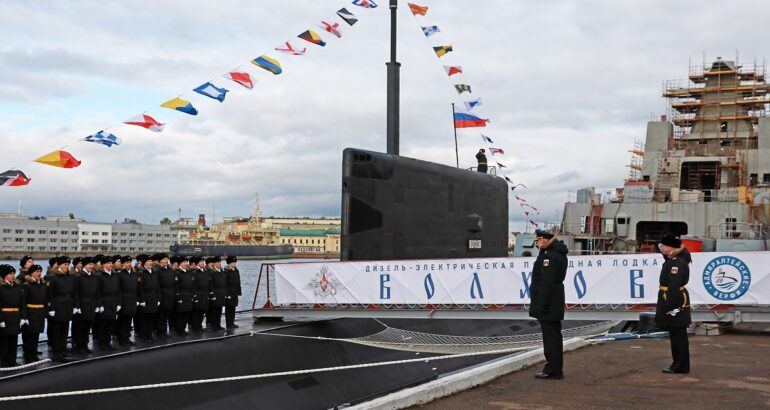 Admiralty Shipyard handed over the Volkhov diesel-electric submarine of project 636.3 to the Russian Navy, the enterprise said.

“We know that the work was conducted in complicated conditions, but it is a good tradition to complete the construction ahead of schedule. Admiralty Shipyard confirmed that batch construction of warships is the most efficient way to develop the Navy,”

The Volkhov is the second out of six submarines built by Admiralty Shipyard for the Pacific fleet. It was laid in July 2017 and floated in December 2019. The Petropavlovsk-Kamchatsky first submarine of the series joined the Navy in November 2019. The Magadan third submarine is prepared for float in the first quarter of 2021. The Ufa fourth submarine is docking hull units. The fifth sub is to be laid by the end of 2020.