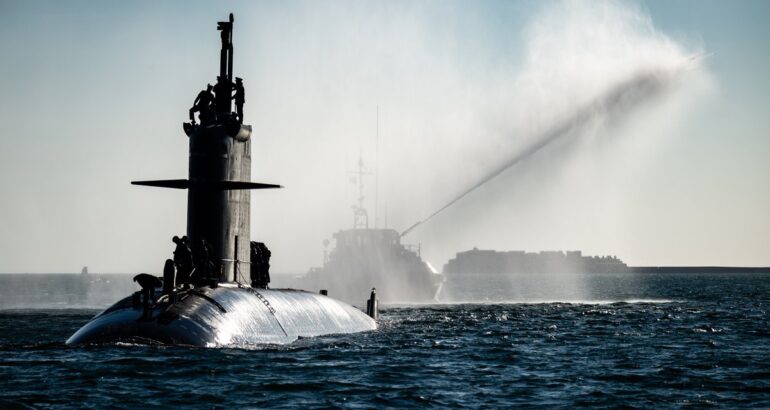 The Royal Australian Navy (RAN) is hosting a French Navy (Marine Nationale) submarine and a support vessel in Western Australia since 9 November 2020.

Prior to the maintenance and logistics visit, Australian Defence Force elements, including first-ince-class Frigate HMAS Anzac, and Collins-class submarine HMAS Sheean and a P-8A Poseidon aircraft exercised with the French Navy units off the coast of Fremantle.

Australia and France have a longstanding and cooperative defence relationship, based on shared values and a commitment to promote a prosperous, open and inclusive Indo-Pacific region. The two navies work closely together in support of maritime security.

This event is part of our defense cooperation with Australia and illustrates the strength of our bilateral relationship and our interoperability. A neighboring nation, France shows its willingness to play a major role in terms of security and stability in the Indo-Pacific region, where National Navy assets are deployed regularly.

This is not the first time a French SSN deploys to the Pacific Ocean but such events are rather rare. It has to be noted that this deployment was never publicly disclosed and it is the first time that the French Navy mentions it. It shows that the ageing Rubis-class SSN is still capable of long distance and long duration deployments. The Rubis-class will be gradually replaced by the new Suffren-class SSN over the coming decade.

Such French submarine deployments to Australia will probably increase in the coming years as the Royal Australian Navy is procuring a conventional variant of the Suffren-class known as the Attack-class.