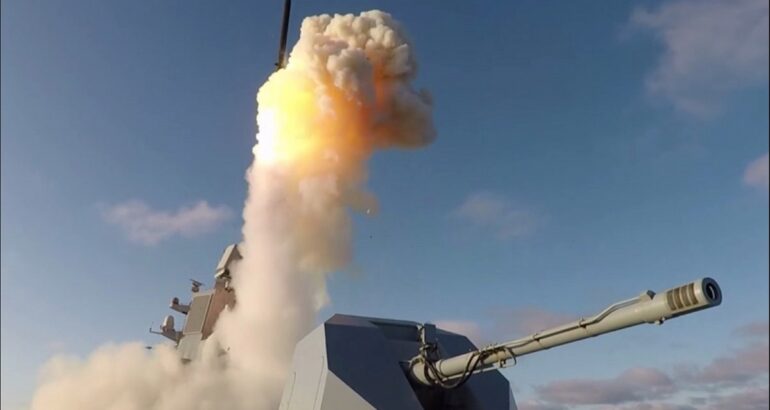 “It fired from the White Sea. Kalibr missile successfully hit the target at a distance of 1000 km at Chizha range in Arkhangelsk region,”

On September 29, 2020, the Admiral Kasatonov fired a Kalibr missile at a ground target in Arkhangelsk region.

The Admiral Gorshkov lead frigate of the project has fired hypersonic Tsirkon missile.

The Admiral Kasatonov fired 3M-14 missile to over a thousand km. The missiles were engaged in Syria by warships and submarines, but the range did not exceed 1300 km. The range of 3M-14 with a conventional and nuclear warhead has not been disclosed. The Defense Ministry said a hundred strikes with 3M-14 missiles were delivered in Syria.