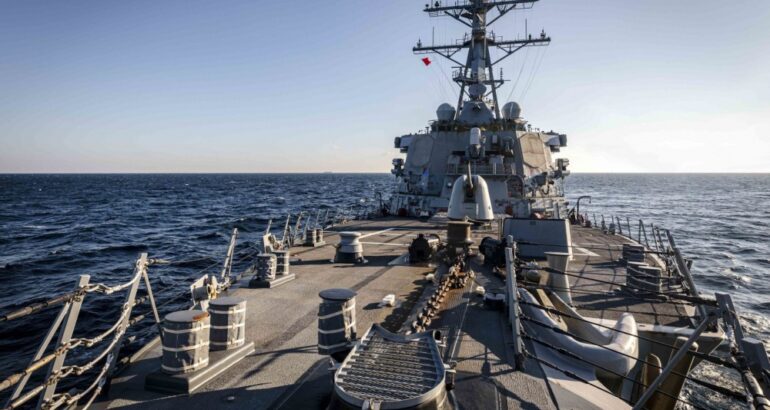 PETER THE GREAT BAY - On Nov. 24 (local time) USS John S. McCain (DDG 56) asserted navigational rights and freedoms in the vicinity of Peter the Great Bay in the Sea of Japan.

This freedom of navigation operation (“FONOP”) upheld the rights, freedoms, and lawful uses of the sea recognized in international law by challenging Russia’s excessive maritime claims.

In 1984, the U.S.S.R declared a system of straight baselines along its coasts, including a straight baseline enclosing Peter the Great Bay as claimed internal waters. This 106-nautical mile (nm) closing line is inconsistent with the rules of international law as reflected in the Law of the Sea Convention to enclose the waters of a bay. By drawing this closing line, the U.S.S.R. attempted to claim more internal waters – and territorial sea farther from shore – than it is entitled to claim under international law. Russia has continued the U.S.S.R. claim. By conducting this operation, the United States demonstrated that these waters are not Russia’s territorial sea and that the United States does not acquiesce in Russia’s claim that Peter the Great is a “historic bay” under international law.

U.S. forces operate in the Indo-Pacific region on a daily basis, as they have for more than a century. They routinely operate in close coordination with like-minded allies and partners who share our commitment to uphold a free and open international order that promotes security and prosperity. All of our operations are designed to be conducted in accordance with international law and demonstrate that the United States will fly, sail, and operate wherever international law allows – regardless of the location of excessive maritime claims and regardless of current events.