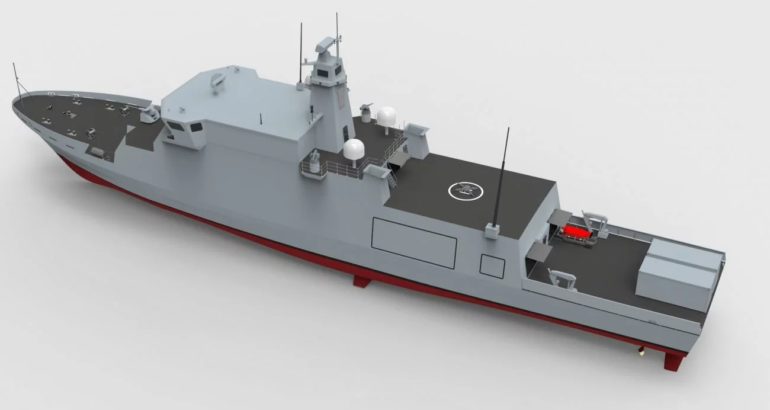 La Spezia, 15 February 2021 – Intermarine, a company in the Immsi industrial group (IMS.MI), has signed a contract to study “risk reduction and definition of the project for a new-generation minehunter” for the Italian Navy.

The contract relates to the programs for the modernisation of the Italian Navy’s fleet of mine countermeasure vessels, which, as set out in the Long-Term Defence Policy Documents of the last two years, provide for the construction of 12 new vessels over the coming years to replace the Navy’s four Lerici class minehunters and eight Gaeta class minehunters.

The new boats will be built in two versions, using the same construction technology as the Navy’s existing vessels (i.e., shell in composite material, with the hull in ultra-thick fibreglass without a reinforced frame), but will be larger in size.

An initial version approximately 60 metres long, named “Costiera”, will be the natural evolution of the boats currently in service. In addition to larger dimensions and higher performance, it will also incorporate a number of unmanned surface and underwater systems, in line with the latest trends in the sector.

Given the current capacity requirements, the second version, “d’Altura”, with a length of around 80 metres, will be a new-generation vessel and therefore has no immediate design references either in Italy or internationally with regard to size and performance. It will employ new propulsion systems and a wide range of autonomous vehicles and equipment.

The purpose of the study commissioned from Intermarine is to examine the various propulsion systems indicated today and select the most suitable system for the new vessels, particularly for the “d’Altura” version. Taking account of effectiveness, cost and environmental considerations, the Italian Navy will choose the design it considers most appropriate as the basis for the development, at a second stage, of the basic project in preparation for the start-up of future production.

The Italian Navy becomes the fifth European country to adopt the new trend in mine warfare: Keeping sailors out of the mine field through the remote use of unmanned systems from a mothership. Belgium and the Netherlands were the navies to adopt this new concept, with the rMCM program, followed by France and the UK with SLAMF/MMCM. However the mothership design for the French Navy has not been officially revealed yet. It appears that the Royal Navy will be using vessels of opportunity as mothership for the foreseeable future, rather than a dedicated MCM mothership.

An Intermarine representative reached out to Naval News to add the following information:

Please note that the INTERMARINE NG MCMVs will be able to operate both in STAND OFF mode, thanks to the MCM Toolbox, as well as to access the minefield area, when necessary, according to the motto: “Unmanned where you can, Manned where you must”. Thanks to the unique Intermarine technology, this new project represents a win-win solution consisting in the integration of the Unmanned Systems onboard newly designed “real” Mine Countermeasure Platforms. Low signature and high shock resistance are still a must, no drawback from the original “Lerici” project and nothing shared with the other underway projects.