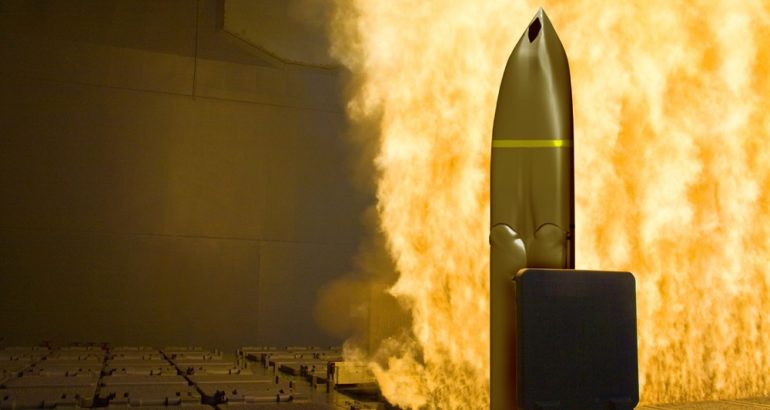 Lockheed Martin and Thales Australia have finalized a teaming agreement advancing the delivery of an Australian guided weapons manufacturing capability in support of a sovereign national guided weapons enterprise.

Lockheed Martin and Thales Australia have unique and complementary backgrounds and expertise in the manufacture and delivery of weapons capabilities that together will provide further impetus for the Australian Government’s objective of expanding the sovereign defence industrial and manufacturing capability. It will bring Australia a step closer to a sovereign guided weapons capability.

This teaming agreement advances the proven and mature LRASM maritime strike capability across further platforms for the next generation of surface and ground launch domains.

Joe North, Chief Executive, Lockheed Martin Australia, said that the teaming agreement represents not only a significant commitment to the delivery of sovereign guided weapons manufacturing capabilities in Australia but recognises that local industry is also investing in opportunities for local manufacturing and production.

“This is a step change for future weapons manufacture in Australia – through technology transfer and innovation we see the opportunity to drive the creation of a skilled local workforce, build resiliency in supply chains and help secure Australia’s sovereign defence capabilities for now and into the future. We are delighted to be teaming with Thales Australia and our agreement acknowledges the confidence we have in Thales Australia and its’ strong safety culture in the delivery of weapons capabilities. Lockheed Martin has a proud history of successfully developing and delivering world class capabilities to our customers. The opportunity to work with the team at Thales Australia, the largest manufacturer of explosive ordnance to the Australian Defence Force, with a successful track record of delivering ammunition, propellants, explosives and related services has the makings of a great partnership for the future.”

Chris Jenkins, Chief Executive Officer at Thales Australia said the development of booster and rocket motor technology for the LRASM under the teaming agreement with Lockheed Martin was an indicator of the advanced R&D and industrial capabilities offered by Thales Australia to support a sovereign guided weapons manufacturing capability.

“High performance propellants and explosives for warheads, solid fuel rocket motor manufacturing and associated R&D and support services delivered by Thales Australia are essential to achieve sovereign guided weapons capability and we are looking forward to working with Lockheed Martin in support of the Australian Defence Force’s (ADF) objectives. Thales currently employs over 650 skilled staff to manufacture munitions systems for the ADF and allied forces. And we work with over 500 Australian small and medium enterprises and a large range of weapons systems Primes to ensure the ADF receives the locally manufactured munitions they need. Through the signing of this agreement with Lockheed Martin, we look forward to expanding our existing booster and rocket motor production lines to design, develop and manufacture LRASM SL.”

The AGM-158C is derived from the Joint Air-to-Surface Standoff Missile Extended Range (JASSM ER). An anti-jam GPS guidance system, radio frequency sensor (RFS), and an infrared sensor support guidance and targeting. Once launched, LRASM guides to an initial point and employs onboard sensors to locate, identify, and provide terminal guidance to the target.

LRASM Achieved EOC with the U.S. Navy’s F/A-18E/F Super Hornet in December 2019 and may soon find its way aboard the B-52 bomber of the U.S. Air Force. The U.S. Navy conducted a live firing of a LRASM during Valiant Shield in September 2020.