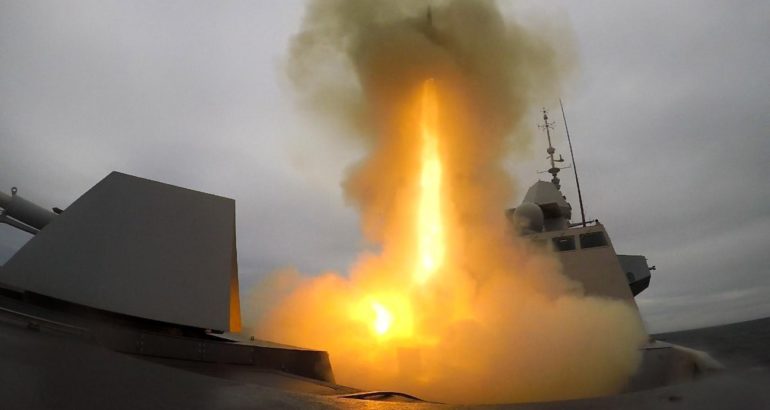 Allied Forces Prepare for the Start of Exercise Formidable Shield 2021

The Spanish Álvaro de Bazán-class frigate ESPS Cristóbal Colón (F-105) is this year’s designated flagship for the execution of Exercise At-Sea Demonstration/Formidable Shield 2021, scheduled to take place May 15 to June 3.

At-Sea Demo/Formidable Shield is a U.S. Sixth Fleet-led exercise, conducted by Naval Striking and Support Forces NATO (STRIKFORNATO), in which NATO Allies are the participants.

“It’s a wonderful opportunity to show our relationship with the exercise organization and with this big challenge of the ballistic missile defense in Europe. It’s a really demanding task to be the flag ship, but the Spanish Navy is prepared for that and we are doing our best to embark [U.S. personnel] and to allow you to perform the command and control for the exercise in the best way.”

“Like the namesake of this warship, you will lead an international armada at sea that will make history conducting the world’s most complex joint and combined integrated air and missile defense exercise across the Maritimes,” Lipps said. “From below sea level to low earth orbit, you will reinforce the importance of mission command across all domains in high-end warfare. It is truly an honor and a privilege to join you today as we prepare to set out to sea.”

“We are really happy about embarking American staff from Sixth Fleet from the U.S. Navy and from Striking and Support Forces NATO from NATO. For us, of course, it’s a good opportunity to show the Spanish ‘will’ to support NATO and this new and demanding challenge of ballistic missile threat,” Payá said.

There will be 15 ships, more than 10 aircraft, and approximately 3,300 personnel participating this year.

Naval Striking and Support Forces NATO, based in Lisbon, Portugal, is a rapidly deployable, maritime headquarters that provides scalable command and control across the full spectrum of warfare areas.

U.S. Sixth Fleet, headquartered in Naples, Italy, conducts the full spectrum of joint and naval operations, often in concert with joint, allied and interagency partners, to advance U.S. national interests and security and stability in Europe and Africa.