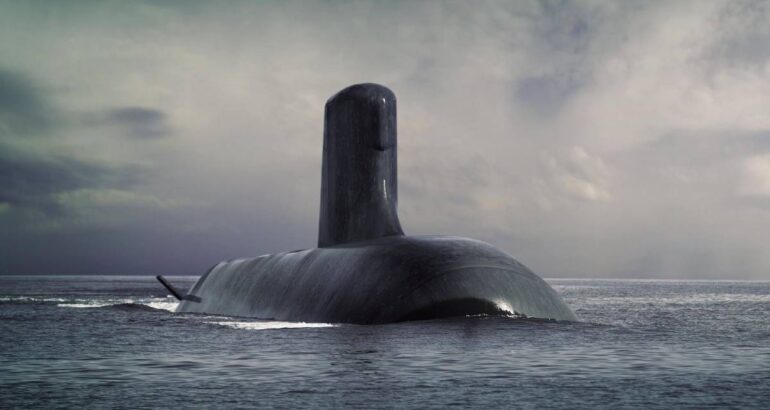 French president and Australian prime minister confirmed the strategic partnership the two nations share, and the importance of the Attack Class Submarine.

This political backing for the project comes as the most recent development in its complex history.

Australia’s Prime Minister Scott Morrison was on a official visit to France this week. According to French daily newspaper Le Figaro, during his speech, French president Emmanuel Macron highlighted the difficult position of Australia, in the front line of the recent tensions in the Indo-Pacific. He then reaffirmed the importance of this alliance and trust-relationship between both nations in light of recent development in the region.

He confirmed the engagement of France concerning this strategic submarine contract and technology transfer program, stating it was vital to reinforce Australia’s position in the area and ensure its political autonomy and sovereignty:

“I want to tell you our full commitment, that of our industries (…) that of the entire French government, to meet common ambitions and, if possible, to go further and faster, because I know that you are determined to do so”

Scott Morrison completed this declaration, stressing the affinity between both states in shared values, and confirmed this strategic partnership.

For a quick reminder, this program to replace the Collins class submarine started in 2007 under the project SEA 1000. Key requirements were for 12 vessels capable of long range missions adapted to the pacific theatre, displacing around 4,000 tons and fitted with torpedoes, mines, and land attack cruise missiles.

Eventually around 2015, the remaining candidates still being considered were Germany and the Type 214 or the new design of the Type 216, Japan with the Sōryū class, and finally France, at first with the Shortfin Barracuda design.

The Shortfin Barracuda, who latter became the Attack class, is a diesel-electric version of the Barracuda class of the French Navy. The version designed for Australia, will displace 4,500 tons surfaced for 97 meters in length, will have a 18,000 nautical miles range and be equipped with the latest sonar technology.

DCNS, now Naval Group, the French company designing and building these ships, was thus awarded this competition, the largest armament program in Australia’s history, for 12 units with the first deliveries around the early 2030s.

To resolve issues surrounding this rise in estimated cost and delays, Pierre Eric Pommellet, CEO of Naval Group spent a month in Australia in February 2021.

What followed was a guarantee that costs were kept closely under control, that no particular delays were observed with the 2030s objective still valid, and that Naval Group would ensure 60% of its contract’s value would go directly to Australia

Still, even after this agreement, rumours concerning the failure of the project carried on.

Recently, it was brought up that the Australian government, in light of high costs and tensions with China, was considering another option, canceling the program for cheaper and more readily available submarines, with the German Type 214 being considered.

However, as renowned submarine analyst (and regular Naval News contributor) H.I Sutton highlighted in his article, the Type 214, while a very capable submarine, can not fit Australia’s requirements. The main concern is its range, this vessel being significantly smaller than the Barracuda, with 65 meters compared to 97. This is crucial as size is at a premium to install the necessary batteries, with modifications of the initial design expensive and complex. With less range and weapons, 12 torpedoes against 24, it cannot be a substitute for the Barracuda class for the need of the Royal Australian Navy.

As of now, discussions about the program’s cancellation in favor of another submarine have died down and this announcement by PM Scott Morison and Emmanuel Macron should end it definitely.

The most recent of these claims now states that Australia would instead modernize its pre-existing fleet of Collins class submarines.

Again this is an exaggeration of events. Indeed, this upgrade of the Collins submarine was planned in the 2016 Defense White Paper and confirmed in the 2020 Defense Strategic Update.

Besides, this modernization will extend the life of the class but will not be able to meet the long term needs of the Royal Australian Navy both in terms of capabilities and of years in service. The upgrade is not an alternative to the procurement of new submarines but an efficient way to increase the capabilities of the Navy while waiting for the Attack Class.

The Government will also continue to make appropriate investments in the existing Collins Class fleet, including priority capability enhancements, obsolescence management and fleet sustainment, to ensure Australia’s potent and agile submarine capability is maintained until the introduction of the future submarine fleet. This will include upgrades to the Collins Class communications and sensor capabilities.

However, with the rapid expansion of the Chinese navy and submarine forces, it was decided that all 6 would be modernized, as opposed to just 3 as envisioned in 2016.

As seen here the development of the Attack class has been troubled and under the constant critique of the local media, but the latest confirmation of its strategic importance by the highest political authorities of France and Australia should guarantee its completion.

Posted by : Lorenzo Tual
Lorenzo Tual is based in Brittany, France. He currently is a student in War Studies at King's College London. He is particularly interested in analyzing the current evolutions in the naval domain, be it technological, doctrinal or geopolitical.