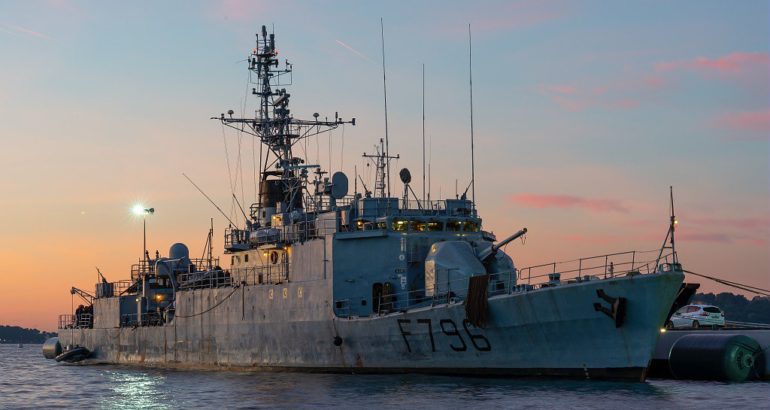 On 5 October 2021, the French Defence Procurement Agency (DGA) awarded Naval Group the contract for the preliminary and detailed design of the Ocean Patrol Vessel (PO for "Patrouilleurs Océanique" in French) program.

This award follows on from the signature of the framework agreement carried by the French Defence Procurement Agency on 23 October 2020 for the study, development, production and initial operational maintenance of ten ocean patrol vessels for the French Navy.

This program is part of an innovative industrial scheme involving collaboration between civil and military entities. Naval Group, as overall project architect, is in charge of the design of these ships. The French Defence Procurement Agency will then entrust the construction to all or part of the production shipyards who were awarded the framework agreement for deliveries between 2025 and 2029.

Naval Group welcomes the launch of this second phase of the Ocean Patrol Vessel program and states:

“Faced with the increase in maritime traffic and the proliferation of threats at sea, Naval Group is proud to contribute to the renewal of France’s naval capabilities by designing multimission vessels that offer the French Navy genuine operational superiority with a situational awareness capability superior to that of the patrol vessels currently in service.”

The future ten ocean-going patrol vessels known as PO (Patrouilleurs Océanique) programme will replace the current fleet of aging A69 type PHM (formerly Aviso/light frigates and then reclassed as patrol vessels) based in Brest and Toulon and the Patrouilleurs de Service Public (PSP) or Flamant-class (OPV 54 class) based in Cherbourg.

With a displacement of around 2,000 tonnes and a length of around 90 meters, the new PO platform will be able to achieve a maximum speed of 22 knots and an endurance of 5500 nm or 40 days of sea operations, revealed the head officer of French Navy’s Protection and Safeguarding Office, Future Naval programmes, at the recent IQPC’s OPV International 2020 conference. The new platform lifetime is indicated in 35 years with a requested availability of 140 days at sea per year (aiming to 220) and total availability of 300 days per year.

The “PO” OPVs are set to be fitted with a 40mm main gun, the RAPIDFire by Nexter and Thales. They will also be fitted with the ‘SMDM’ Aliaca fixed-wing UAV by Surveycopter (an Airbus company), a 3D radar and a sonar system to secure the deployment of the French SSBNs.

Naval Group is in charge of the design while a number of French shipyards (such as Socareman, Piriou and CMN) will be tasked with the production of the 10 OPVs from 2023. The first two vessels will be delivered in 2025.