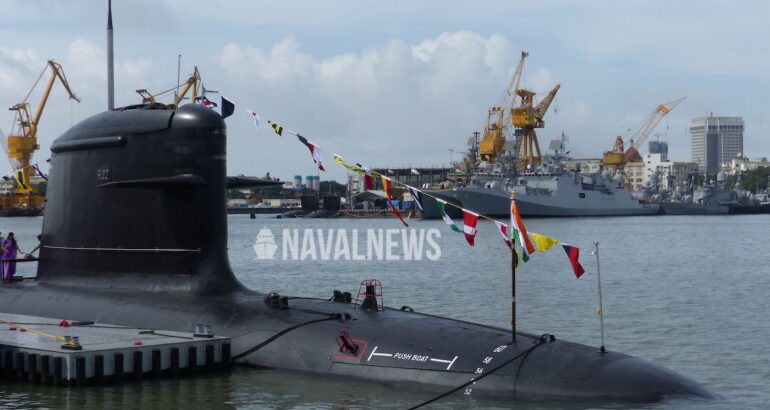 The Indian Navy ordered six Scorpène submarines, of which two are still in construction in Mumbai. Today, Naval Group is looking for new strategic long-term partners in Asia-Pacific area, including in the Philippines.

On the first day of Euronaval 2020, the new CEO of Naval Group –Pierre-Eric Pommellet– invited the press to a conference call. It was the opportunity to exchange on the progress of naval programs in France and abroad. During the event, Pierre-Eric Pommellet highlighted "intense discussions" with the Philippines concerning the sale of submarines.

Concerning the submarine topic, Pierre-Eric Pommellet spoke about both ongoing programs and export prospect. Amongst the well advanced programs in Brazil, India and Australia, he talked about the selection process in the Netherlands. But according to Naval Group’s CEO, it seems that the French company is also very active lately in the Philippines.

“Another country were we’ve been very active during the [Covid] crisis is the Philippines. The Philippines is looking for submarines to increase their naval capacities and create a new submarine force. We’ve kept in close touch with the Philippines authorities during the crisis. We’ll see in the next weeks if this project moves forward. But of course, here again, Naval Group can demonstrate –we’ve done it in Brazil, in India, we’re doing it in Australia– the capacity to transfer production”

There have been rumours of a Philippine interest for the French Scorpène submarine for about a year now. Manila is indeed interested in developing its own submarine forces. A small force of conventional submarines could then be a very efficient deterrence force against the other navies in the area.

In this respect, the French designed Scorpène submarine appears to be the most serious contender, and the preferred solution for the Philippine Navy. The type is already operational in Malaysia and in India, where six Scorpène were locally built. But rumours had it that Russian and South Korean offers were also presented to the Philippine authorities. South Korean defense companies are already strategic suppliers of the Philippine Navy.

During the press conference, Naval News asked if Naval Group is considering either local construction or local assembly if the Philippine Navy selected the Scorpène design:

” We are at the early phase of this project, with intense discussions with the Philippines’ government. We’re exploring scenarios. We are not yet at defining what will be the final scenario out there. They want to create a submarine force, they are very interested by what we’re doing and our capacities. We are then exploring different outlooks today, and I will not comment more than that. “