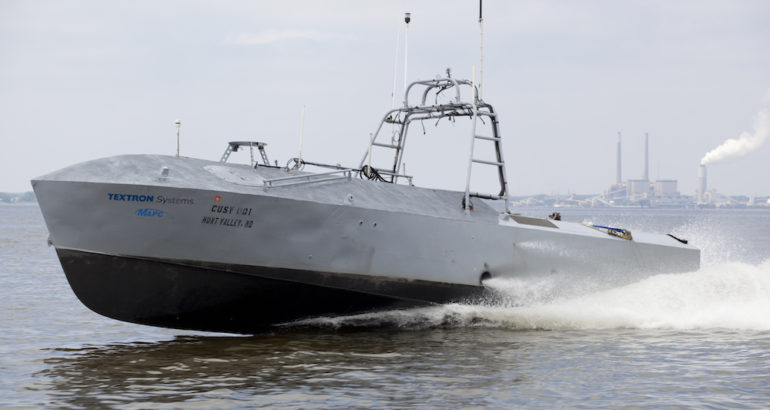 AAI Corp., a subsidiary of Textron Systems, has been awarder a US$10 million contract to exercise options for engineering and technical services for the US Navy’s Unmanned Influence Sweep System (UISS) unmanned surface vehicle platform, the US Department of Defense said on January 10, 2019.

The UISS is one of the systems which will allow the littoral combat ship (LCS) to perform its mine warfare sweep mission. UISS will target acoustic, magnetic, and magnetic/acoustic combination mine types only. The UISS program will satisfy the US Navy’s need for a rapid, wide-area coverage mine clearance capability, required to neutralize magnetic/acoustic influence mines. UISS seeks to provide a high area coverage rate in a small, lightweight package with minimal impact on the host platform.

Work is expected to be complete by September 2019, the Pentagon said.

On October 2014, Textron Systems landed a US$33.8 million contract to provide its Common Unmanned Surface Vessel (CUSV) for the UISS program.

The CUSV is a multi-mission unmanned surface vehicle, capable of carrying multiple payloads, including side-scan sonar, mine neutralization, nonlethal weapons, and intelligence, surveillance and reconnaissance (ISR) sensors. Since its first demonstration in 2009, the CUSV has successfully completed several prominent exercises with the U.S. Navy. Textron reports that the CUSV is capable of traveling for up to 20 hours with a 4,000-pound load at speeds up to 20 knots per hour.