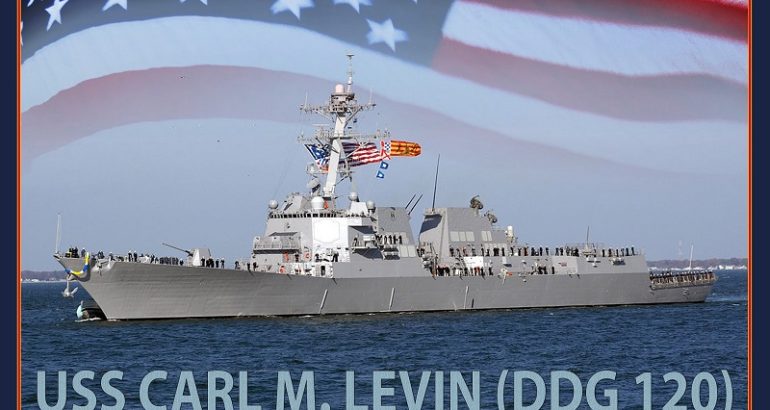 DDG 120 will be built in the Flight IIA configuration with the Aegis Baseline 9 Combat System which includes Integrated Air and Missile Defense capability. This system delivers quick reaction time, high firepower, and increased electronic countermeasures capability for Anti-Air Warfare. Delivery to the fleet is planned for Fiscal Year 2021.

The ship’s namesake served in the U.S. Senate for 36 years from 1979-2015. As the longest serving senator in Michigan state history, Levin became a staunch supporter of the armed services through his work and leadership as Chairman and Ranking Member of the Senate Committee on Armed Services.