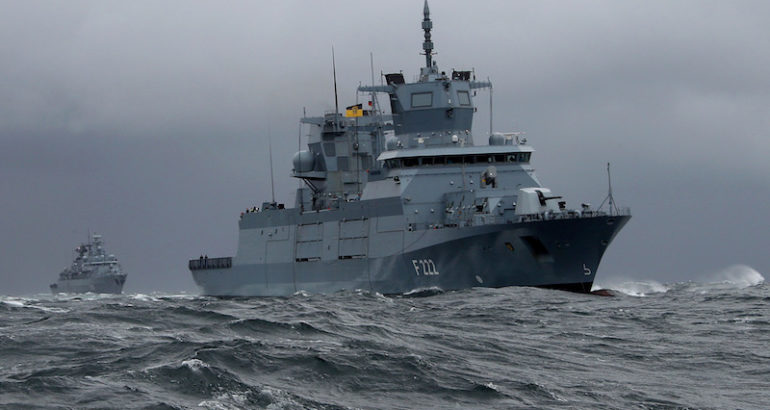 The German navy stands ready to deploy its ships to the Black Sea, the Ukrainian Defense Ministry said on Wednesday in a statement.

The ministry said the prospects for a German naval presence in the Black Sea were discussed during a meeting of Ukraine’s Deputy Defense Minister Anatoliy Petrenko, the Director for Eastern Europe, Caucasus and Central Asia at the German Federal Foreign Office Michael Siebert and the Parliamentary State Secretary at the German Defense Ministry Thomas Silberhorn.

The German side also said it was ready to assist Kiev in releasing Ukrainian sailors detained during the Kerch Strait incident, the statement said.

On Nov. 25, Russia seized three Ukrainian naval ships and 24 sailors on board attempting to sail through the Kerch Strait from the Black Sea to the Sea of Azov. Moscow accused them of illegally crossing the Russian border, which Kiev denied.

In the wake of the incident, Ukrainian President Petro Poroshenko has called on the North Atlantic Treaty Organization to deploy ships to the Black Sea and the Sea of Azov.a