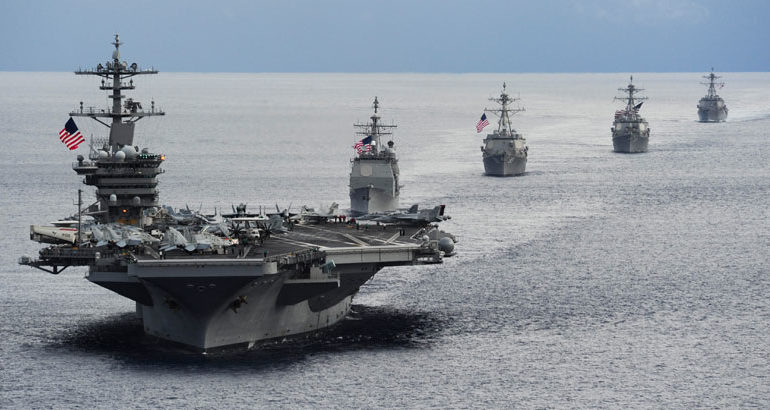 US Navy raises anchor for a record FY 2020 budget

« Congressional approval of the FY 2020 Budget will help us meet current operational commitments and outpace the threats posed by China and Russia through maintaining our competitive advantage, even as DoD spending remains near a record low as a share of the U.S. economy, » the US DoD said in a release.

The budget request outlines a path to reach a 314-ship fleet by 2024, meaning that the US Navy will have more than 300 ships for the first time since 2002.

Specifically, the US DoD FY2020 budget plans to invest $34.7 billion in new ships and submarine. This is simply the largest budget request in more than 20 years for shipbuilding.

The service plans first a big boost of its unmanned capabilities, budgeting $447 million for the procurement of two Large Unmanned Surface Vessels (LUSV), and up to $2.7 billion across the Future Years Defense Program. The budget asks for two LUSV platforms per year across the FYDP program. Now in early stages of conceptual development, the LUSV is intended to perform both manned and unmanned operations while networked to a fleet of smaller USVs.

Besides the LUSV, the service requests a $359 million for the procurement of Orca extra-large unmanned undersea vehicles (XLUUV). In February, Boeing won a $43 million contract for the fabrication, test, and delivery of four Orca XLUUVs and associated support elements. The Orca XLUUV will have well-defined interfaces for the potential of implementing cost-effective upgrades in future increments to leverage advances in technology and respond to threat changes. The Orca XLUUV will have a modular payload bay, with defined interfaces to support current and future payloads for employment from the vehicle. The US Navy is also asking for eight Boeing MQ-25 Stingray unmanned aerial tankers to bolster its unmanned aerial capabilities, with four per year starting in 2023.

According to the US DoD plan, the Navy’ surface forces will receive one Ford-class aircraft carrier (CVN-81), purchased under a contract signed on Jan. 31 with HII Newport News Shipbuilding division. The contract modification is valued at $15.2 billion for the detail design and construction of the Gerald R. Ford-class aircraft carriers Enterprise (CVN 80) and CVN 81, which is yet to be been named.

Submarine forces are another big winner in this year’s budget request, with the Navy expecting a $10.2 billion funding for three Virginia-class submarine in 2020 and $2.2 billion for the Columbia-class SSBN design and advance procurement.

One big “item” missing from this FY2020 budget is the Large Surface Combatant. There is no mention for this future program whatsoever.