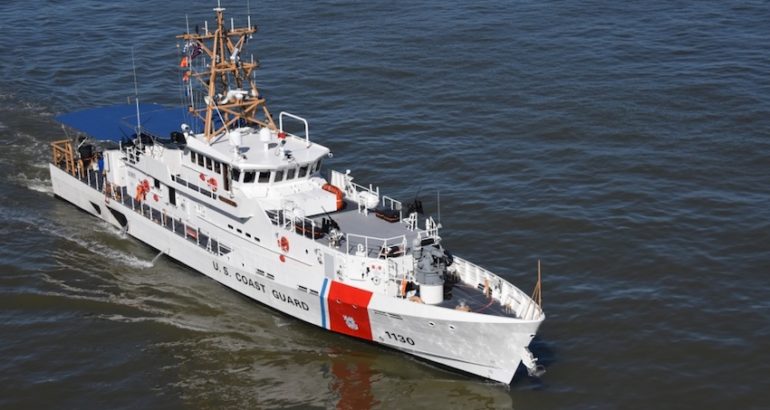 The US Coast Guard commissioned the 30th fast response cutter (FRC), Robert Ward, in San Francisco, California, March 2. The cutter is the second of four planned FRCs to be stationed in San Pedro, the service said on March 5.

Robert Ward, the namesake of the cutter, served as a seaman 1st class on USS Joseph T. Dickman during the battle of Normandy. While serving as coxswain in the first wave of landings, he successfully landed his troops despite enemy oppression. Ward then heroically went back to guide to safety two other crews whose boats had been destroyed by enemy mortar fire. For his conspicuous gallantry in action, Ward was awarded the Silver Star.

FRCs have a maximum speed of over 28 knots, a range of 2,500 nautical miles and an endurance of at least five days. The 154 feet-long ships are designed for multiple missions, including drug and migrant interdiction; ports, waterways and coastal security; fishery patrols; search and rescue; and national defense. They feature advanced command, control, communications, computers, intelligence, surveillance and reconnaissance equipment; over-the-horizon cutter boat deployment to reach vessels of interest; and improved habitability and seakeeping.

The Coast Guard has contracted for 50 FRCs to replace the 1980s-era Island-class 110-foot patrol boats. The total value of the contract is currently $929 million; it has a potential value of $1.42 billion if options to procure all 58 cutters are exercised.