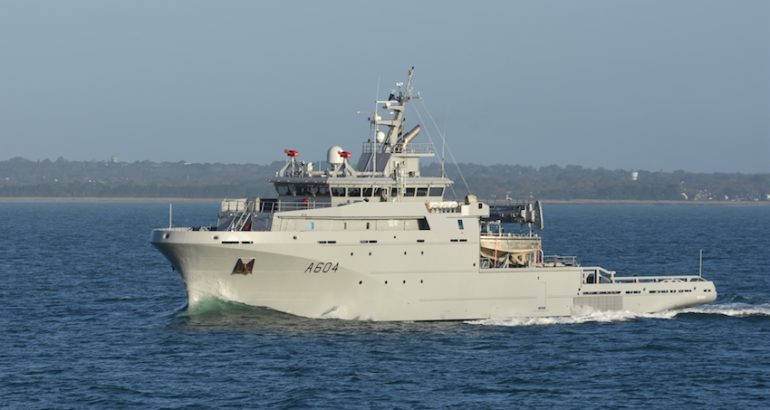 The French Defense Procurement Agency (DGA) yesterday took delivery of another Metropolitan Offshore Support & Assistance Vessel (BSAM). Ordered in 2016 for the French Navy, the BSAM Seine is the third of four ships designed and built by the Kership shipyard.

The fourth unit, the BSAM Garonne, whose first assumption of command will take place in Concarneau in March, is set to be delivered in the summer of 2019. The four vessels are entirely built at the Piriou and Kership yards in Concarneau and Lorient.