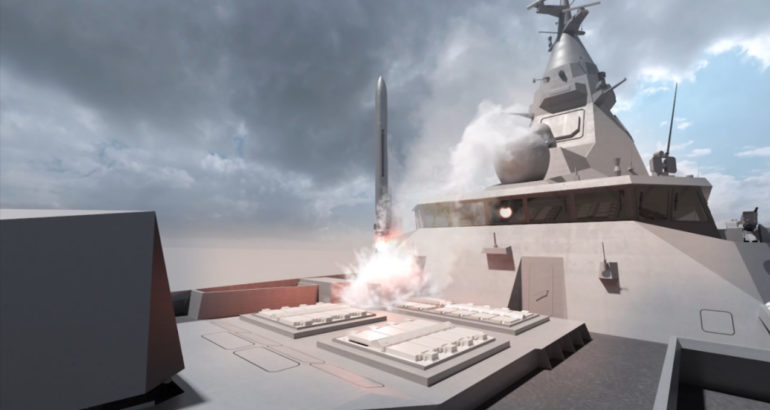 France and Greece are actively working on a Government-to-Government agreement for the procurement of two Belharra / FDI frigates for the Hellenic Navy, Naval News learned from Naval Group.

Talking to Naval News, Laurent Mourre, Vice President of Sales for Europe and North America, explained that Greece is “very interested” in the Belharra / FDI (Frégate de Défense et d’Intervention), the next generation of frigate for the French Navy (Marine Nationale).

Mourre reminded us that back in January 2009, Greece announced the beginning of exclusive talks with France for the potential procurement of 6 multi-missions  frigates. This contract never came into effect because of the economic crisis that struck Greece shortly after. In Mourre’s opinion, France and Greece re-started Frigate discussions a few months ago as a natural follow up to the initial contract that never materialized.

The government to government talks consist in much more than the mere procurement of vessels. Naval News learned that what is being offered to Greece is a partnership in which the Hellenic Navy would effectively join the French FTI program, managed by the French Armament General Directorate or DGA (ed. note: While the French Navy change the future frigate’s designation from FTI [Fregate de Taille Intermediaire] to FDI, the program management team at DGA kept the original “FTI” name).

The Hellenic Navy would be getting two frigates, with an option for additional ones, in a configuration similar to the French Navy’s FDI (with the notable exception of Naval Cruise Missiles, more about this below). That would maximize the value for money for Greece because there would be no additional development costs. The Hellenic Navy ships would be built as series production right after the first ship of class for the French Navy, with the benefits of an expedited delivery.

This potential agreement is also in line with the French government recent push for increased cooperation with Greece in the Eastern Mediterranean region. French President Emmanuel Macron recently told previous Greek Prime Minister that hee was ready to send frigates to patrol in the Eastern Mediterranean where Cyprus has large gas fields in its EEZ and where Turkey wants to initiate its own drilling.

Regarding the recent change of Government in Greece, Mourre explained that he expects that the new government will have the same level of interest about frigates and Naval cruise missiles.

Mourre explained that Hellenic Navy’s need is clearly for multi-mission frigates, but one deciding factor is MBDA’s Naval Cruise Missile. France is proposing the NCM as part of the FDI deal.

The introduction of NCM in the Hellenic Navy would provide it with increased deterrent and deep-strike capabilities, which seems of great interest to Greece. Therefore, the ships shall be regarded as a strategic asset in the Greek defense force structure.

French Navy’s FDIs will come with “just” 2×8 SYLVER A50 cells for ASTER 30 surface to air missiles. The Hellenic Navy frigates would allegedly receive the addition of 1×8 SYLVER A70 cells for the Naval Cruise Missiles (and associated cabinets and racks for mission planning calculators). As previously mentioned, everything else would remain identical, configuration-wise, between the two navies.

In April 2017, the French Defense Ministry awarded a contract to Naval Group for the construction of five FDI frigates for the French Navy. The first of class surface combatant is to be delivered in 2023. The FDI design features an inverted bow design with a length of 122 meters and a displacement of 4,250 tons.

The FDI’s original design features consider the fast pace of change of information technology and the ongoing need for technical upgrades. It is also the first frigate to include architecture and systems to counter next-generation threats, such as cyber and asymmetrical warfare.

Naval Group is set to begin construction on the Defense and Intervention Frigate (FDI) with a first steel cutting ceremony expected to take place in mid-October at the shipyard in Lorient.

In addition to FDI frigates, Naval Group is looking to supply its F21 heavyweight torpedo to the Hellenic Navy, which has a requirement to equip its fleet of four Type 214 and one Type 209 submarines. The need is for 36x 21-inch (533 mm) heavyweight torpedoes to replace the ageing SUT Mod0 and SST-4.

Naval Group told Naval News it is prepared to propose a technical and commercial offer in the frame of the international tender which should be released by the greek MOD.

Naval Group has validated the seamless integration of the F21 torpedo with the existing combat management systems of the Greek submarines.

Naval Group is set to deliver the first batch of F21 heavyweight torpedoes to the French Navy (its launch customer) in November this year. They will be deployed aboard the new generation Barracuda type SSN.