Home» News»How Will Bulgaria pay for its new OPVs? 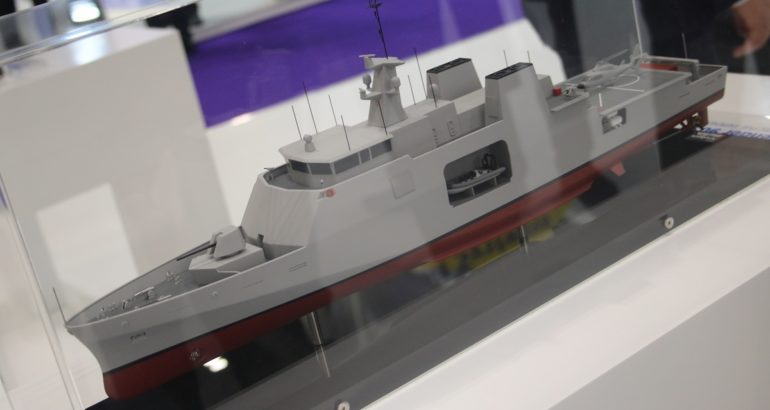 How Will Bulgaria pay for its new OPVs?

The head of the Bulgarian Ministry of Defence (MoD) alerts that the Navy’s modernization efforts might get side-lined due to costly acquisition of new, multirole fighter jets from USA.

According to local media, Krasimir Karakachanov, head of the Bulgarian MoD, has suggested that his department might have problems in providing required funding for the Navy’s modernization and procurement efforts. This might happen if the country is forced to pay for the acquisition of 8 F-16C/D Block 70/72 multirole fighters in a single tranche, the cost of which is estimated at over $1,6 billion.

The Bulgarian MoD and Navy are currently in the midst of procurement of two new, multirole Offshore Patrol Vessels (OPV), which will significantly enhance the country’s capabilities to patrol and protects its naval borders and maritime interests, as well as improve its ability to cooperate with allied forces to another level, especially in the strategically important and politically fragile Black Sea region.

Any day now the Bulgarian MoD is expected to select the preferred bidder among three local and International companies, which have submitted their offers in the month’s long tender. Bulgarians will have to choose the most desired platform between:
– German Lürssen’s modified OPV 80/85/90 series vessel
– Italian Fincantieri’s Abu Dhabi class corvette
– Local MTG Dolphin’s modified version of its K-90 multi-role corvette

According to the accepted timeline of the OPV program, the first vessel should be delivered by 2023 and the second one the following year. The appropriated acquisition budget is 820 million leva ($473,5 million).

However, as much as the final decision on the procurement of new OPVs is anticipated by the Bulgarian naval community, it would not come as a surprise, if the MoD eventually decided to withhold announcement of its decision only until it have reached a satisfying agreement on the acquisition of F-16s, which would have a positive outcome on MoD’s modernization budget.

Michal is based in Warsaw, Poland. He graduated the University of Lodz (Poland) and holds a Master’s degree in Political Science (specialization: International Security) and a Bachelor’s degree in International Relations. Michal has been covering defense and security topics for over a decade, working for and cooperating with a number of Polish and International magazines and news portals, such as Shephard Media and European Security and Defence. Currently he works as Managing Editor for the MILMAG Military Magazine. Michal has a wide experience in covering defence/security related events, such as exhibitions, conferences and seminars held all over the World.