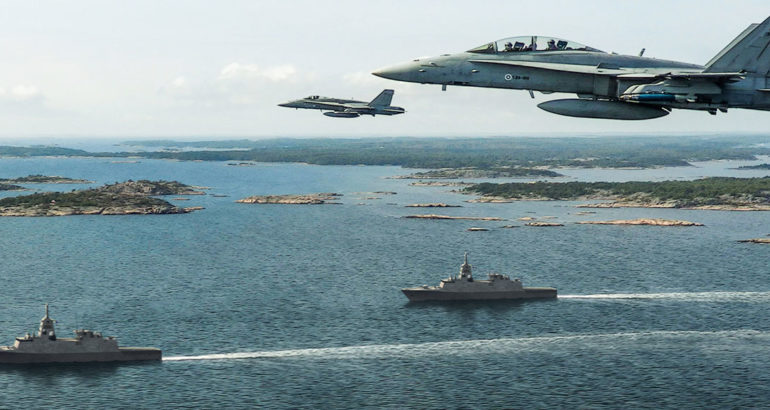 A CGI of the Pohjanmaa-class corvette that will be procured by the Finnish Navy under the Squadron-2020 program (Credit: Finnish MoD)

Finnish Navy's Pohjanmaa-class corvette acquisition project is proceeding well after having been delayed by a change of government and longer than expected contract negotiations. The Finnish Ministerial Committee on Economic Policy gave its approval for the continuation of the process.

Finnish Navy’s Pohjanmaa-class corvette acquisition project is proceeding well after having been delayed by a change of government and longer than expected contract negotiations. The Finnish Ministerial Committee on Economic Policy gave its approval for the continuation of the process.

In June, Major General Lauri Puranen revealed through the Finnish Armed Forces official blog that the Finnish Navy Pohjanmaa-class corvette program was being being delayed due to protracted contract negotiations. « It is regrettable that the procurement decisions for the Pohjanmaa-class ships have been delayed, » Puranen then said. However, he confirmed that « the full operational capability of the fleet of the four ships will still be possible in 2028. »

Weeks later, the Permanent Secretary of the Ministry of Defense, Major General Jukka Juusti finally confirmed that talks with Rauma shipyard are proceeding according to the plan. « Now there is a continuation mandate from the Government for the negotiations and we can move forward, » Juusti said. He estimated that the final contract with Rauma Marine Constructions (RMC) for the construction of four corvettes within the Squadron-2020 program will be finalized between September and October.

RMC and the Finnish Defense Ministry already signed a design agreement in 2017, followed by a letter of intent. The Finnish Parliament green lighted a 1.21 billion Euros (US$1.34Bn) plan to allow the Finnish Navy to replace its aging fleet of vessels starting the 2020s. According to the preliminary schedule, the four corvette-sized surface combatants will be built in 2021-2025 and will replace seven existing vessels.

The Pohjanmaa-class corvettes will be constructed in Finland for reasons of security of supply. In April, Saab was selected as the preferred bidder for the development and delivery of combat systems. The vessels will be equipped with ESSM surface to air missiles, Gabriel V anti-ship missiles and Torpedo 47 torpedoes.

Naval News Staff 21 Dec 2021
Saab has signed a contract with the Norwegian Defence Material Agency, to provide a complete communication system, TactiCall ICS, on board of three different ship classes for the Royal Norwegian Navy.