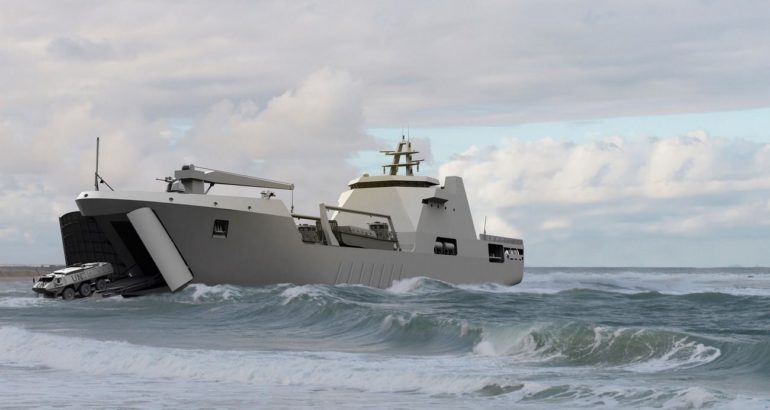 Damen Shipyards Group held a keel laying ceremony for a LST 100 amphibious vessel for the navy of Nigeria on December 9, 2019. The event took place at the Damen Shipyard Sharjah facility located in the United Arab Emirates.

According to Damen, the ship is equipped with a 25-ton deck crane and bow, stern and side ramps, has a helipad and is capable of carrying two LCVP landing craft. The total area of ​​the landing decks is 960 square meters.

Previously, the Nigerian Navy had two medium-sized landing ships of the West German construction Ambe and Ofiom of project 502, which entered service in 1978, but both of them were decommissioned in 2009 after being in non operational for many years.

The amphibious vessel is set to be delivered in May 2020.