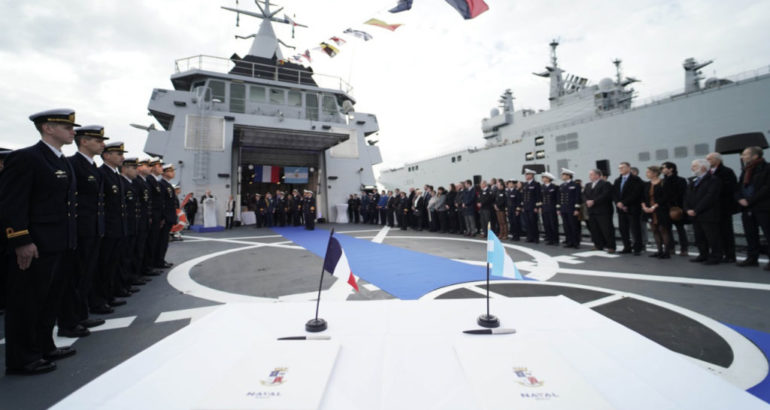 Bouchard is the former L’Adroit which was produced by Naval Group on its own funds and used by the French Navy from 2011 to 2018.

The OPV is named after the famous Argentine captain of French descent Hipolito de Bouchard (1780 – 1837), and is due to arrive in Argentina around December 23.

The Argentine Navy OPV program came into effect on February 14th 2019 and is being carried out by Kership, a joint company formed by Piriou and Naval Group. It calls for the construction of three 87-meter OPVs of the “Gowind OPV 90” type and the refurbishment of the OPV L’Adroit as well as training of the crews.

The ceremony was presided over by the Chief of the General Staff of the Navy, Admiral José Luis Villán, accompanied by the General Director of the Material of the Navy, Vice Admiral David Fabián Burden.

The French flag was lowered and, subsequently, the Argentine flag was raised, thus materializing the incorporation of this unit into the Argentine Navy fleet.