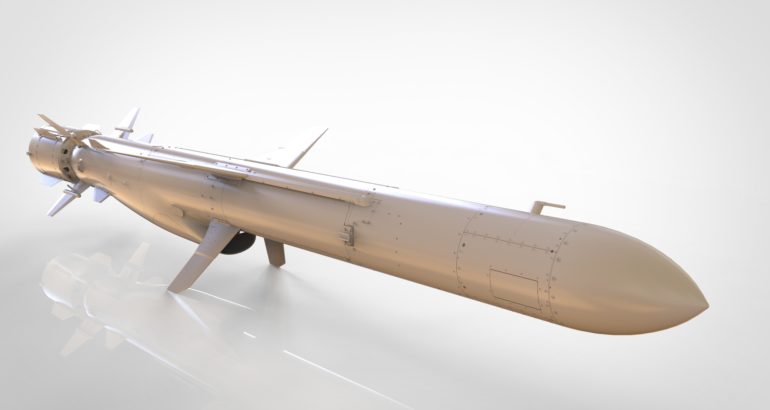 The Finnish Navy (Merivoimat) unveiled some details about its future anti-ship missile: The Gabriel 5. The information is limited but since details on Gabriel V were pretty much non-existent to date, it is a good start and worth a mention here.

According to the information freshly published on the Finnish Navy website, the Gabriel V will be designated locally as the “2020 system” (2020-järjestelmä). It will replace the in-service ” 85M-järjestelmän” (MTO 85M) which is the local designation of the RBS15 anti-ship missile by Saab which will reach the end of its life in the 2020s. The “Merivoimat” also share two highly detailed CGIs of the missile, giving for the very first time a clear view of its design.

The Gabriel V is set to be fitted aboard the existing Hamina-class fast attack craft (as part of their mid-life update) and aboard the future Pohjanmaa-class corvettes (Squadron 2020 program). Both ship classes will then share several systems in common including the anti-ship missile (as well as the 9LV combat system and Torpedo 47 by Saab).

The Finnish Navy page makes mention of land based missiles as well, fitted on vehicle platforms.

For more details (and rumors) about the secretive Gabriel V, you may head over to this page by the excellent Finnish blogger Corporal Frisk.

Nathan Gain 04 Nov 2021
Two years ago, the Finnish Defense Ministry selected Rauma Marine Constructions (RMC) and Saab for the building of four new Pohjanmaa-class corvettes within the Squadron 2020 program. It appears now that the program is facing a new, 6 to 12 months, delay because of extra design work.