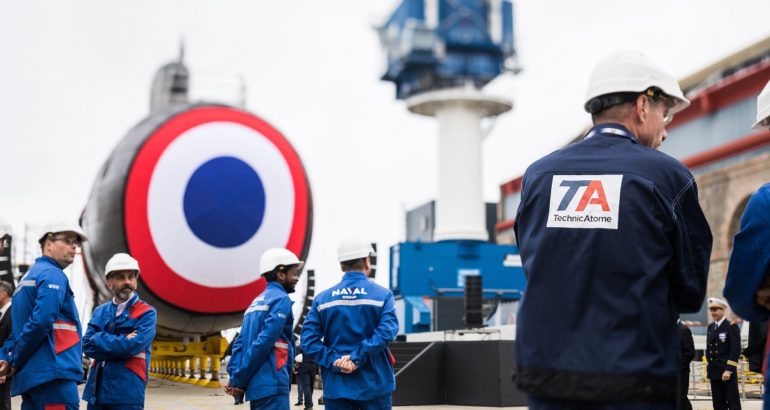 TechnicAtome and Naval Group teams fired up the nuclear boiler of the first-of-class nuclear powered attack submarine (SSN) "Suffren" for the first time, an event known as "divergence". With this new milestone completed, the submarine is on track to start initial sea trials.

One thousand employees from both companies work full time in parallel on the six nuclear boiler of the Barracuda program.

“The first divergence of the nuclear reactor is the privileged moment for all those who have contributed to making this operational and technological success possible. From designer to driver, including fitters, testers, welders and so many other fields of work, this is a rare moment of collective achievement, symbol of a sector that keeps its promises in the service of the French Navy. ”

“The start-up of the nuclear boiler on board the Suffren submarine is another demonstration of the know-how of the French nuclear industrial sector, at the forefront of which are TechnicAtome and Naval Group. This success is the guarantee of having an unequaled defense tool with a high level of industrial autonomy for the benefit of the sovereignty of France ”

To start the divergence, a controlled nuclear reaction in the core was initiated for the first time. This short operation marks the beginning of permanent monitoring of the nuclear boiler room by the operating teams. This monitoring will be uninterrupted until the final shutdown of the submarine, scheduled for the 2050s.

Suffren will start sea trials in the first quarter 2020. First around Cherbourg (where the first static diving will be conducted), then in Brest area (for deep diving tests) and finally in Toulon area (in the late summer/early fall of 2020) for tests of the weapon systems. Commissioning by the French Navy should take place in late 2020. The first crew just completed its pre-sea trials training.