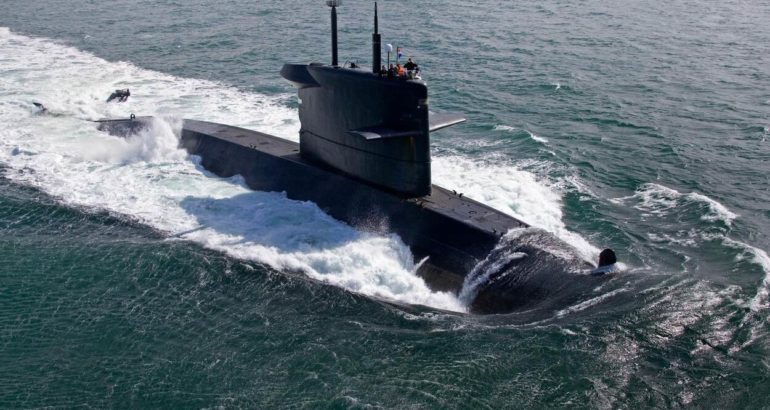 Following the recent Dutch government announcement regarding the Walrus-class replacement program, Saab-Damen and Naval Group each issued a statement. The German shipbuilder TKMS has yet to comment.

As we reported on Friday, the Dutch Ministry of Defense issued the B-Letter for the Walrus-class submarine replacement program confirming its intent to procure 4 new submarines and shortlisting three shipbuilders for this procurement process: Naval Group, Saab and TKMS. This leaves Spanish shipbuilder Navantia out of the race. The competition now enters a “knock-out” phase, with the contract award (D-Letter) expected some time around 2022.

Following this important announcement, Saab-Damen were the first to react and issue a statement on Friday afternoon, followed by Naval Group later that day. As of Monday morning, TKMS has yet to issue a statement. The German shipbuilder has been very quiet about its plans an over ever since the Walrus-class submarine replacement program was launched.

Saab and Damen Shipyards are awaiting further information from the Netherlands on how the process will proceed.

Saab and Damen have a strong offer, which fits the operational requirements of the Royal Netherlands Navy and the Dutch Defense Industrial Strategy (DIS). If selected, the Saab Damen offer would encompass export opportunities.

Saab and Dutch shipbuilder Damen Shipyards Group have joined forces to develop an expeditionary submarine for the Netherland´s Walrus Replacement Programme. The Expeditionary Submarine builds on the capabilities of the Swedish A26 and the knowledge and skills within the Dutch naval shipbuilding.  Furthermore it puts into practice the experience of the Swedish designed Collins-class submarine in-service with the Australian Navy.

To learn more about the Saab-Damen team and proposal, check out our video report recorded in Vlissigen.

Naval Group is thankful to be one of the designers selected for this strategic programme.

Naval Group looks forward to entering an in-depth technical cooperation with DMO to conduct this joint-design phase in close association with the involved stakeholders. The Group strongly believes that the envisaged operational profile is very much in line with the mission capabilities
of the conventionally powered Barracuda family submarine.

Naval Group thankfully acknowledges this new phase, which will allow the joint in-depth design process to be translated into a full industrial solution, optimizing operational and technical capabilities through the long-term involvement of the Dutch maritime ecosystem.

With a proven track-record of knowledge sharing and industrial cooperation, Naval Group has already been honored to form a strong partnership with Royal IHC, a company specialized in complex systems integration and subsea systems. The Group is thankful for Royal IHC’s trust in its submarine design and knowledge sharing capacities.

To reinforce this existing bond, numerous industrial partners and knowledge institutes will be closely associated and consulted at every major design decision point to make sure that the future submarine programme builds up and maintains full Dutch autonomy over the complete submarine lifecycle.

Dave Vander Heyde, CEO Royal IHC: “Building a large Dutch submarine alliance with industry and knowledge institutes in the Netherlands is essential for strengthening the Netherlands Defense Technology & Industrial base. By transferring Naval Groups knowledge to MoD, Royal IHC and other partners, the Netherlands will be able to carry out its core tasks autonomously. We look forward to further intensify our cooperation with Naval Group, and invite other Dutch companies to join!”

To learn more about the Naval Group – Royal IHC team and proposal, check out our video report recorded in Krimpen.

TKMS issued the following statement on their LinkedIn profile:

thyssenkrupp Marine Systems, has been selected by the #Dutch government as one of the three candidates for the replacement of the current four Dutch #Walrus submarines. Together with Saab-Damen and Naval, thyssenkrupp #MarineSystems will move on to the next phase of the tender process that the Dutch government started in 2015.

In the B phase, the functional requirements for the #submarines have been mapped out in recent months, as well as the acquisition alternatives and the possibilities for international and European cooperation. The Dutch government expects to be able to make a choice for one of the three selected companies by the end of 2022.