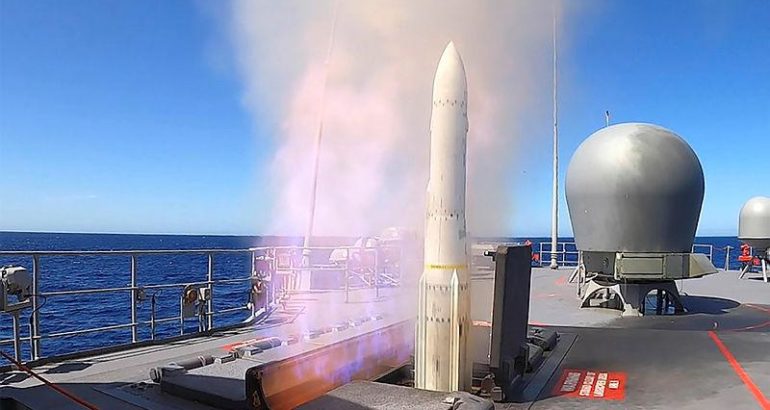 Minister for Defence, Senator the Hon Linda Reynolds CSC said the missile firing is an important part of testing the ship’s upgraded capabilities:

“This successful missile firing demonstrates the success of the AMCAP upgrade, which enhances the frigate’s self-protection, communications, and command and control capability. It’s also testament to the WAMA Alliance, a partnership between the Australian Government, BAE Systems, SAAB Australia and Naval Ship Management Australia.”

Other major work on Arunta included: