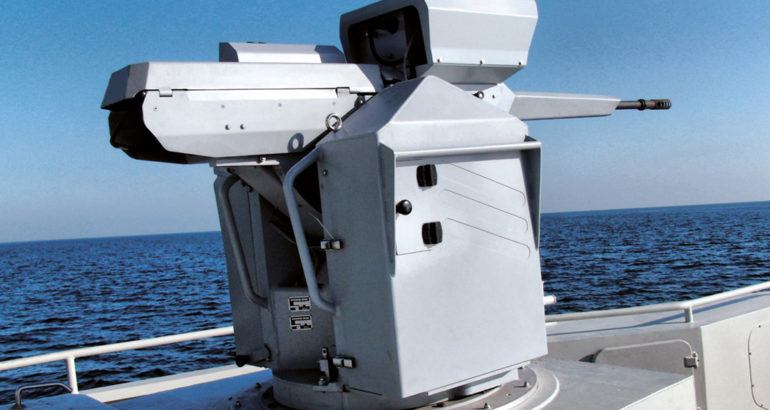 The French Directorate General of Armaments (DGA) on January 16 awarded Nexter and its co-contractor Naval Group a contract for the modernization of the Narwhal 20B 20mm remote weapon stations (RWS) fitted aboard all French Navy (Marine Nationale) surface vessels.

1- In the short term, the DGA will qualify the Narwhal 20B in its new version dubbed “V1”. A first trial at sea campaign started in February. Full deployment of the upgraded “Narwhal 20B V1” across French Navy surface combatants is scheduled for 2020-2021.

3- In the long run, Nexter and Naval Group will work on a new, future system, through feasibility studies that will be launched this year. A concept study will be proposed to the DGA in October 2021.

V1 will bring a number of improvements to the existing RWS (which can now be called “V0” even-tough existing Narwhal mounts have no official variant designation). The V1 improvements follow the initial feedback of French Navy sailors including requests for better accuracy in the context of firing warning shots against non-military targets. The V2 is set to bring, further down the road, some more improvements. These improvements include a new “warning shot” mode, improved man machine interface etc…

Accordingly, the whole French surface fleet equipped with the Narwhal 20B weapon system will benefit from these improvements. In numbers, this means:

In addition, the DGA awarded Nexter a contract in July 2019 a separate contract regarding the modernization studies of the Narwhal 20B fitted aboard the three La Confiance-class PAG patrol vessels of the French Navy.

Lastly, Naval Group and Nexter signed a contract in December 2019 to equip the next generation frigates of the French Navy, the FDI, directly with the Narwhal 20B in the V1 version. These mounts will be retrofitted to the V2 variant in the long term. In addition, six new offshore patrol vessels known as POM (Patrouilleur d’Outre-Mer) are set to be fitted with the system as well.

These studies and retrofit contract awards reflect, in our opinion, the DGA’s confidence in the Narwhal 20B remote weapon station.

Narwhal 20 is a fully stabilized remotely controlled naval weapon station. It is the fruit of Nexter Systems innovation and expertise in medium caliber cannons, gun mounts and turrets for both fixed and rotor wing aircraft as well as for naval vessels.

According to Nexter, Narwhal 20 is the most advanced 20mm naval weapon station on the market today. Selected by the French Navy in late 2011, the system ensures the close-in self-defense of the French FREMM Frigates.

Narwhal 20 A or Narwhal 20 B, selected by end users depending on their ammunition standard (20x102mm or 20x139mm) meets the exact needs of naval Forces and is the response for countering both conventional and asymmetric threats.

Xavier Vavasseur contributed to this story