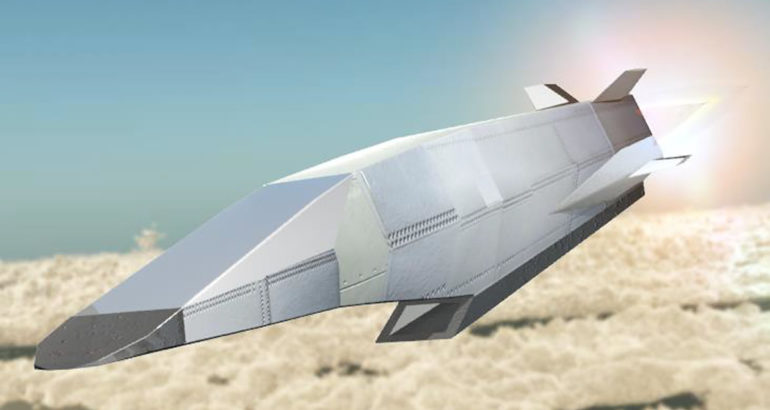 Japan's Acquisition, Technology & Logistics Agency (ATLA) started developing a hypersonic guided missile able to attack both ships or ground targets. The missile, qualified as "game changer" by the Japanese Ministry of Defense's agency, will use scramjet engine technology for propulsion.

Development work of this new missile began in 2019 and is set to be completed in the 2030s. ATLA is currently in the development phase of the scramjet engine along with local company Mitsubishi Heavy Industries which won a contract for the prototype engine research.

The missile aims to be powered by a Dual-Mode Scramjet engine (DMSJ), a combination of ramjet and scramjet (supersonic combustion ramjet) engines, to fly at a wide range of speeds, including hypersonic speeds of Mach 5 or higher.

According to documents released by ATLA, the combined guidance system of satellite and inertial navigation will be used to guide the hypersonic guided missile. In addition, radio and lightwave image seekers will be used to identify targets, and this missile will be capable of all-weather operations. The missile is expected to be capable of carrying a penetrating warhead to destroy the flight decks of enemy aircraft carriers and a high-density Explosively Formed Penetrator (EFP) warhead to suppress enemies on the ground.

The main reason why the JSDF deploys multiple types of anti-ship missiles is to ensure that the combination of the characteristics of each missile can break through enemy air defense systems. For example, the JSM has the advantage of being hard to detect by enemy radar through sea skimming, but its range is not very long. Also, the LRASM has a long range of about 800 km, but its flight speed is not as fast as subsonic speed. In addition, ASM-3ER will break through the enemy’s air defense system at the speed of about Mach 3, but still the range does not reach far to the LRASM of subsonic speed. However, if they are operated in combination, the enemy will have to deal with each missile with different characteristics, which will place a heavy load on their air defense systems. If a hypersonic guided missile, which flies at high altitude at high speed, is added to this, the probability of the missile hitting an enemy ship becomes extremely high.

It can be said that the JSDF is steadily advancing its countermeasures with the future development of the PLAN in mind.