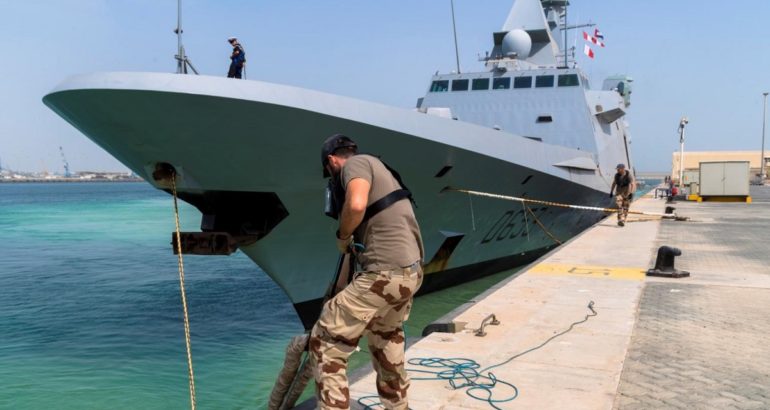 The French Navy (Marine Nationale) FREMM frigate FS "Languedoc" has begun its deployment under EMASOH (European-led Maritime Awareness in the Strait of Hormuz) command since May 19.

In order to ensure a safe navigational environment and to enhance maritime situational awareness, the FS Languedoc will be operating closely together with the Dutch frigate “HNLMS de Ruyter” and the French Maritime Patrol Aircraft Atlantique 2.

“Our sensors and our NH90 helicopter allow us a permanent watch in the area to enhance the common maritime security. We are looking forward to contribute to the security of navigation and the free flow of commerce in an area that is crucial for the world economy and European interests”

At the moment FS Languedoc is having her first port visit at the French naval base in Abu Dhabi. Thanks to the good relationship with the UAE, it is for the FS Languedoc still possible to be resupplied and for her crew to regenerate despite the COVID-19 related limitations regarding port visits in the area.

Two frigates, The Languedoc (French Navy) and De Ruyter (Royal Netherlands Navy) are currently under operational control and tactical command of the operation. Besides the vessels, AGENOR since March includes an Atlantique 2 Maritime Patrol Aircraft and 20 personnel from the French Navy’s Flotille 23F squadron deployed at Al Dhafra Air Base in the UAE.